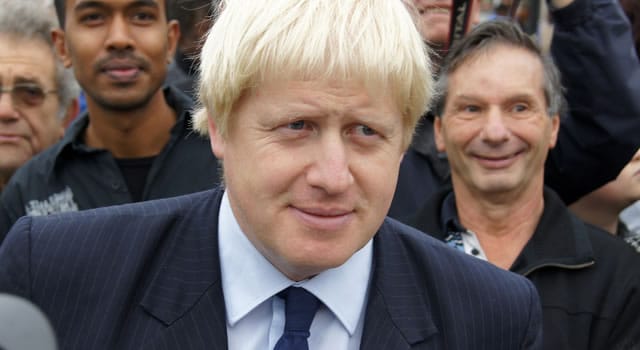 You may think I’m having a laugh here but seriously, Boris Johnson is considering throwing his hat in the ring for the next available Prime Minister job opening!

And, unlike many appalled Political pundits who grace our national newspapers, I think it’s a bloody great idea – of course, that’s purely a personal opinion and has no basis for any factual evidence that he would be any good at it, I just quite like the notion that Mr. Wiff Waff himself would linguistically run rings around other world leaders.

It would appear that I’m not alone as a YouGov poll in The Sun suggests that although the Labour party lead, that would all but disappear if us voters imagined a Tory leader with whom we are on first-name terms.

And the Tory website ConservativeHome reports that Boris is the favoured candidate of members in the event of a vacancy at the top.

In an incredibly odd and quirky way, Boris Johnson is well liked. I like the fact that he got stuck on a zip wire and just hung there waving his flags. I like that he’s a straight talker, even if at times it’s face-in-hands mortifying, and there’s no doubt that the public love him – he had 60,000 people chanting his name in Hyde Park a week ago!

But it’s tough at the top and when you can’t rely on jokes alone things would get incredibly difficult for Boris so although it’s fun to imagine him as PM, it’s as likely as me suddenly turning up and winning the 100m…a lovely dream but exceedingly, impossibly unreal.

For more odds on who will be the next Prime Minister check out Paddy Power Bookmakers!