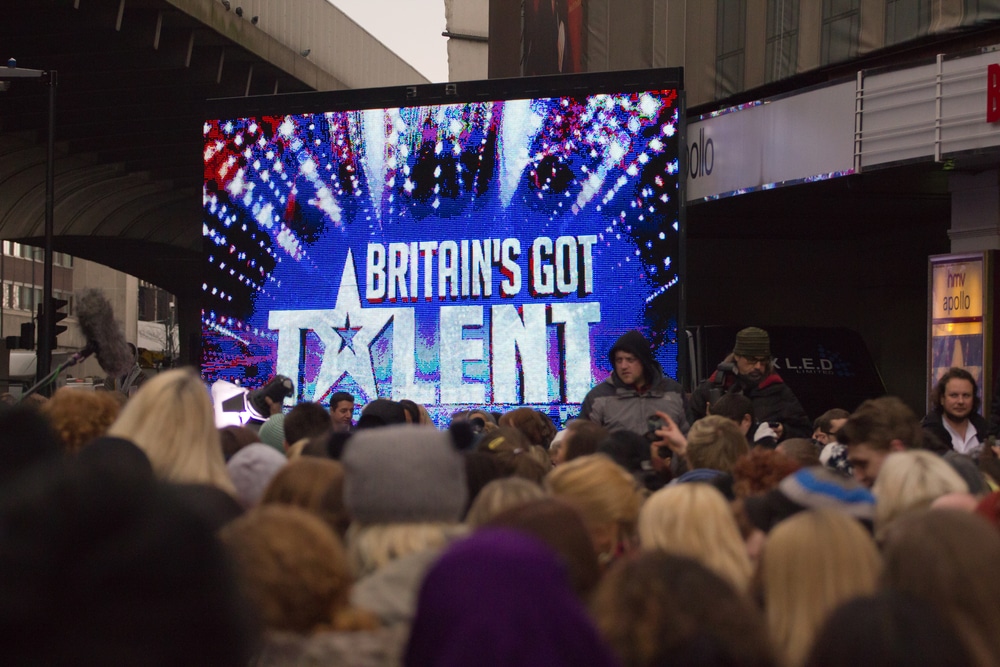 Britain’s Got Talent is set to return to our TV screens in April and Simon Cowell is already ‘bigging’ it up.

Cowell and fellow judges, David Walliams, Amanda Holden and Alesha Dixon have travelled countrywide in the search for some new stars, not surprisingly he said: “It’s going to be a great show this year”.

Although he’s disappointed there are no canine acts to follow on from Ashleigh and Pudsey’s success last year, [big sigh of relief in our house], he said: “We’ve found some good talent across the UK, not really any dogs this year though, sadly, but there will be lots of fun and some great acts”.

Apparently the audition process for Britains Got Talent was not all plain sailing.

Amanda and Alesha staged a ‘walkout’ one day, and Simon was reduced to begging them to give a ‘yes’ vote to one of his favourite acts on another occasion.

The music mogul currently splits his time between the UK and America where he works on the X Factor USA, back in Britain for the recent Brit Awards, he revealed he would like to return permanently, seemingly something his mum is keen on, just another sob story is it Simon?.

Ever popular duo Ant and Dec will be back to host the show and introduce the contestants, we’re promised Irish dancers, magicians [ugh], girl groups, oh and a painting donkey!

Cowell will stop at nothing to grab our attention. After winning the rating war with the Beeb last year, despite having to compete with ‘The Voice’, he is determined to do the same again.

Speaking about the clash between the two shows he said “Everyone kind of predicted doom and gloom and then word of mouth spreads, and we beat them. I don’t take anything for granted. We push these producers like crazy to try and make a better show than we did the year before”.

If you fancy a flutter on the new series, get in early at Paddy Power Bookmakers, you can bet on which category the winner will be from, dancer, musician, comedian, donkey!, the choice is yours.

Give Johnson The Scotland Job
Scroll to top