We’ve all heard of pigeon fanciers, but how about pigeons who fancy a flutter? Research by American psychologist, Professor Thomas Zentall, suggests that human and animal behaviour is more similar than biologists may have previously thought, particularly when it comes to gambling.

A professor of psychology at the University of Kentucky, Zentall’s research focuses on learning and memory in non-human animals. His findings, called comparative cognition research, have provided proof that racing pigeons have the same tendency to gamble as humans.

In his experiments, Zentall provided the pigeons with two choices, a fifty-fifty gamble. One choice ensured that the pigeons would get a guaranteed small amount of food pellets every time, the other choice provided them with only a 20 per cent chance that they would be rewarded; with either a ‘jackpot’ of pellets or nothing at all.

Amazingly, the results of the experiment showed that pigeons choose to gamble and perhaps for the same reasons that humans do – because they enjoyed it.

Zentall said “There’s something at a fundamental level for the attraction to gambling.

“Some complicated human behaviour may not be as complicated as social scientists have said.”

Perhaps it’s in the pigeon’s blood; after all they seem to enjoy racing, but what about rats? Another set of research seems to prove that rats like to play the odds just as much as their feathered brethren.

A group of rats in laboratory tests have learnt to gamble based on a system of punishment and reward. They even strategise like the best human gamblers and it didn’t take long for them to get the gambling bug.

The researchers even devised the rats their very own game show. Sugar pellets were placed in specially built boxes that incorporated four ‘response holes.’ Each opening had a possibility of earning treats – from one up to four, depending on the opening chosen.

When one of the rodents poked its snout into a hole, the movement broke an infra-red light signalling a computer to either award a pellet ‘WIN’ or a ‘LOSE’ timeout. To add to the excitement, the game was played against the clock, the rats having only 30 minutes to accumulate as many sugar pellets as they could.

The rats quickly caught on to the game, realising that by choosing the openings that offered the greatest number of pellets, they also risked the longest time-outs during which they could not play the game.

The animals learned that the best way to maximize the number of pellets was to play conservatively, choosing openings that offered fewer pellets but lesser punishments, instead of risking long time-outs for a jackpot of pellets.

Dolphins are also able to understand the principles of gambling, play the odds, and work out when and when not, to take big risks.

Specially-trained dolphins were used to help clear mines from the battle-scarred port of Umm Qasr. They were taught how to locate submerged mines and explosives buried deep in the silt.

To train the dolphins the animals were taught about risk and chance by focussing in on their keen sense of smell and a similar WIN/LOSE system as that was used in the rat experiments. Only this time with higher stakes.

At first the Dolphins seemed keen to take big risks; but as the severity of losing was increased, in this case, an unpleasant sonic shrill, not harmful but annoying to Dolphins, their desire to gamble against ridiculous odds reduced.

Major Andy Hopkinson whose unit trained the dolphins says: “It’s an amazing sight to see them at work and it sounds like something from the movies, but it’s a very effective way of finding hidden ordnance.”

Pigeons, rats, dolphins – it really does seem to be anyone’s game. But it’s with the apes that the stakes are really upped, and it seems that we have more similarities with our closest relatives than just physical appearance.

What is most surprising though is that studies show that only a relatively small percentage of human babies have this gene but all the apes that have been tested have been found to possess it.

Mikey the Poker Playing Chimp, became a celebrity across the globe. With hundreds of thousands of YouTube hits and appearances on Good Morning America, Inside Edition, CBS, FOX News, and others, Mikey made a real impact on the hearts of the American gambling public when he was refused entry to the 2006 World Series of Poker.

Mikey’s has even played against some of the best poker players in the world. Pro player Marcel Luske enjoyed playing against Mikey and said after their game in 2006: “Playing against Mikey was certainly interesting, he was well behaved and the game was a lot more civil than other games I have played in my poker career.”

So do animals gamble or do they simply adapt to certain levels of risk? Or is being able to assess reward vs risk the same thing as gambling?

Who knows what other members of the animal kingdom might make great gamblers? Elephants are supposed to have great memories and fishes often form schools, but I don’t expect to see horses coming out of the bookies anytime soon…

As the American comedian W.C. Fields famously once said “Horse sense is the thing a horse has which keeps it from betting on people.” 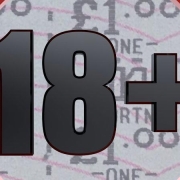 The Intro Guide to Casino Software
Scroll to top