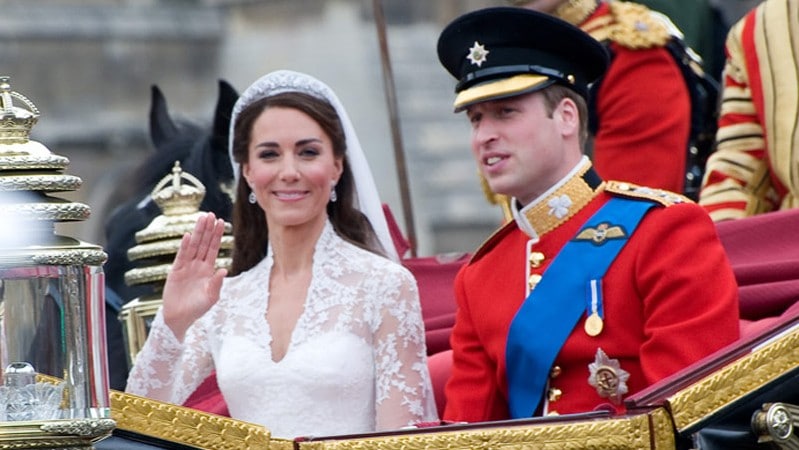 Just about everyone seems to have something to say since the recent announcement that the Duke and Duchess of Cambridge are expecting their second child. News of the pregnancy broke in September, when Catherine was forced to pull out of a number of royal engagements due to a recurrence of the severe morning sickness’ she suffered whilst expecting their first child, Prince George.

“If you think the Cambridges are ready to break with convention then how about Joffrey at 250/1 or Khaleesi at 500/1.”

The couple have since confirmed that the baby is expected sometime in April and will probably be delivered at ‘the Lindo’, as was his/her brother. As soon as the announcement appeared Twitter went into overdrive with congratulations from the great and good including PM David Cameron, Ed Miliband, Justin Welby, many of the couples friends, as well as members of the public.

Uncle to be, Prince Harry, was delighted by the news and said he couldn’t wait to see his brother ‘suffer more’ and the royal couple were advised by dad of four, David Beckham, ‘to get more sleep’.

The Duchess looked well this week when she accompanied William to welcome President Tan of Singapore and his wife Mary, who they had previously met on their Far East tour in 2012. Later on Tuesday Kate attended an event at the Natural Museum of History where she joined Sir David Attenborough to present the Wildlife Photographer of the Year award.

The new baby will be fourth in line to the throne, regardless of sex, relegating Uncle Harry to fifth place. So, what are the most likely names for the royal baby?, well Paddy Power Bookmakers think Elizabeth is the most likely for a girl at odds of 5/1 and Philip for a boy at 10/1.

By and large the royals choose traditional names but if you think the Cambridges are ready to break with convention and just might be fans of ‘Game of Thrones’, then how about Joffrey at 250/1 or Khaleesi at 500/1.