After 55 years of no international success, will football be coming home to England in next summer’s European Championships 2021?

In the 2018 World Cup England came so close to finally bringing football home. They reached the semi-finals of the World Cup where they were beaten by Croatia. This is the furthest the national side had reached since Italia 90 when they came fourth in that as well.

What was promising from the World Cup was that England were a fairly young side, with more still to come through. This has left a lot of fans optimistic about the future and the European Championships 2021.

They were due to be played this summer but were ultimately moved to next year. This should stand England in even better stead as it gives Southgate and his young players more time to develop.

But as every England fan does, we get carried away. So do we actually have a chance of bringing football home?

England doesn’t have the best record in the European Championships. In nine visits, their best finish was the semi-finals in 1996. They made it to the quarter-finals in 2012 but couldn’t do any better four years later, in 2016, when they reached the Round Of 16 before heading home.

However, this doesn’t mean they can’t win the competition. Next year’s tournament is being held all around Europe, with the semis and the final at Wembley. The last time this happened was 1996. On top of that, they will have home advantage when they need it the most!

Looking back over the years, England has had some very good squads. How they didn’t win the Euro’s in 2004 with arguably their greatest group of players is unbelievable. However, this current squad isn’t bad and since 2018 other players have come through to make it better!

In terms of goalkeeper and defence, there are some question marks. Pickford is a good goalkeeper, however, he is prone to making a mistake and in tournament football, you can’t afford that. Goalkeepers like Dean Henderson and Nick Pope, have given very good accounts of themselves in the Premier League in 2019/20. Both will feel they deserve at least a chance to show Southgate what they can offer.

The back four almost picks itself really. Trent is world-class so will play and at £80 million, Southgate would be brave to drop Harry Maguire. Next to him will probably be Joe Gomez who will have another year of learning from Van Dijk. Left-back is the most debatable, with Shaw, Chilwell and maybe Brandon Williams fighting it out.

In midfield and attack, England is blessed with talent. Experienced players such as Harry Kane, Dele Alli, Jordan Henderson, Marcus Rashford and Raheem Sterling will now have Jadon Sancho, Jack Grealish and James Maddison to help out. Declan Rice, who has changed from Ireland to England, is another still in contention.

The squad is good enough, Southgate just has the age-old issue of fitting them all in. Due to having such a good team of players, England is currently the 9/2 favourites for the 2021 European Championships on Betfair.

When looking at the competition England will face in Euro 2021, it is one of the toughest in a long time. France are the current World Cup holders and have incredible squad depth. With players such as Mbappe, Pogba and Griezmann still this side of 30, they will be a threat again next year. France sits just behind England in Betfair’s odds at 5/1.

Belgium are another side with a fantastic squad. Over the past few years, they seem to have kept on producing great players. An attack with Lukaku, De Bruyne and Hazard is one good enough to win any competition. Belgium doesn’t have the experience of winning an international tournament, but they certainly have the quality. They join France at 5/1 with Betfair.

Just behind France and Belgium, are the Netherlands, who over the past year or two have seen some players rise to the top of world football. Players like Van Dijk, De Jong and De Ligt. These, amongst other players, will massively help the Netherlands in getting back to the top of international football. They are priced at odds of 6/1.

Looking at all this, England do have a great chance of bringing football home next summer. They will have to beat some incredible teams, but in knockout football, anything can happen. Southgate now has a year extra to find his best side and hopefully any hidden gems who could help the squad next summer. 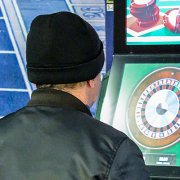