The reign of Lionel Messi has come to an end and we finally have a new winner of the coveted ‘Pichichi Trophy’, Spains Golden Boot trophy for the top goalscorer in La Liga.

Messi had won the award for five seasons in a row, taking his haul to eight awards in total. His dominance of the game was unparalleled but his move to Paris Saint-Germain ruled him out for the 2021/2022 season.

Every year, the Spanish newspaper Marca gives the ‘Pichichi Trophy’ to the La Liga player with the highest number of goals.

However, La Liga’s governing body does not officially recognise the trophy.

On a few occasions, the ‘Pichichi Trophy’ has been awarded to a player whose goal tally differs from the official La Liga stats. The last time this occurred was in 2004-2005 season.

Marca gave the award to Diego Forlan over Samual Eto. Both players claimed 25 official La Liga goals. However, Marca only credited Eto with 24.

Karim Benzema is a French professional footballer who plays as a striker for Real Madrid and the France national team.

Regarded as one of the best forwards of his generation, Benzema is a creative and prolific forward known for his playmaking and finishing.

He also stepped up and took the penalty against Manchester City that saw Real Madrid progress to the final of the Champions League Final in 2022.

The Pichichi Trophy has been won by Lionel Messi for the past five seasons. The ex-Barcelona player has a record breaking eight awards during his time in La Liga.

The player with the next best record is Real Madrid legend Alfredo di Stéfano, he won the trophy five times during his career.

Suarez’s goals helped Barcelona retain their La Liga title, having the best season of his career in the process. One of his best performances came in a game away at Deportivo, scoring 4 in an 8-0 win.

Ronaldo finished as La Liga top scorer in 2014/15. Despite scoring an incredible 48 goals, Ronaldo missed out on the title with Real Madrid finishing 2 points off Barcelona.

Despite Ronaldo’s 31 goals, Real Madrid finished the season in 3rd place behind Atletico Madrid and Barcelona. Nevertheless. They Ronaldo and Real went on to win the Champions League, beating their city rivals 4-1 in the final.

This was an incredible league campaign for Messi and Barcelona. The Argentinian scored 46 goals in 32 league appearances, helping Barca to their 22nd title and a 15-point lead over Real Madrid.

It was during this season that Messi broke the record for most goals scored in a season. Despite this half-century of goals, Barcelona finished the season in 2nd place. It would also prove to be Pep Guardiola’s last season at the club.

Ronaldo’s first top scorer award. The Portuguese forward managed 40 goals, but like previous seasons, he could not quite push his team across the line. They finished the season in 2nd place, also losing a Champions League semi-final to their rivals Barcelona.

A fantastic season for Messi and Barcelona, they finished the season as champions and suffered only one league defeat.

Despite his lack of goals at Old Trafford, Forlan left the club as something of a cult hero following some crucial goals in big games. The Uruguayan would ultimately prove his ability in Spain, first at Villareal and then at Atlético Madrid. He scored 32 goals during the 2008/2009 season, helping his side to 4th position and a place in the following season’s Champions League.

Güiza only had one season at Mallorca, and it was a successful campaign. He scored more than Sergio Aguero, Raul and David Villa to finish as the top La Liga scorer for 2007/2008. One notable statistic is that Güiza managed this without scoring a single penalty.

A first season at Real Madrid for Van Nistelrooy resulted in the Dutch forward winning the La Liga title and claiming the top scorer award. His 25 league goals played a big part in his side winning their first title since 2003.

Eto’s had the season of his career during 2005/2006 and helped Barca win a double of La Liga and Champions League.

Official Forlan and Eto’o both managed 25 goals during the 2004/2005 season. However, Forlan was awarded the Pichichi Trophy as Marca deemed Eto to have only scored 24 goals.

It’s still hard to believe this Real Madrid side failed to win a major trophy. Alongside Ronaldo, the team contained Roberto Carlos, Zinedine Zidane, David Beckham and Luis Figo. Despite the sides poor end to the season, Ronaldo still managed 24 goals which put him to the top of the goalscoring charts.

Another Deportivo player. This time it was Makaay who’s goals were a massive part in them qualifying for the Champions League.

Tristan’s goals helped Deportivo finish in the Champions League places once again. Many claim Tristán was playing at his peak in 2001 and was heralded as one of the best strikers in Europe.

It was an excellent season for Raúl. The Spaniard finished the season as top scorer and played a huge part in Real Madrid winning the La Liga title.

One of the least well-known players on this list. Ballesta had a varied career which took him to seven different Spanish clubs, and he also had a brief loan spell at Bolton Wanderers. The 1999/2000 season was his best goalscoring campaign. Despite his goals, Santander only managed a 15th place finish and narrowly escaped relegation.

Lionel Messi – 474 goals in 520 appearances
It has hard to believe that anyone will ever equal Messi’s record. His first La Liga goal came during the 2004/2005 season.

It was during the 2006/2007 season when he started to have a more significant impact on the Barca side, scoring 14 league goals in 26 appearances.

During his time at the Bernabéu, he helped Madrid win two La Liga titles and four Champions Leagues. His most successful individual season came during 2014/2015 when he scored 48 goals in 35 appearances.

Telmo Zarra – 251 goals in 278 appearances
Zarra had an extraordinary career, spending most of it with Athletic Bilbao and scoring 251 goals in the process.

Aside from betting on the La Liga winners, you can also bet on who will finish in the top four and top six. Paddy Power has a wide range of bets for the Spanish and European Leagues. 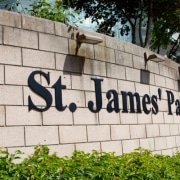 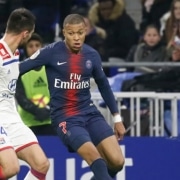 A Comprehensive Guide on Betting on Crypto Sites