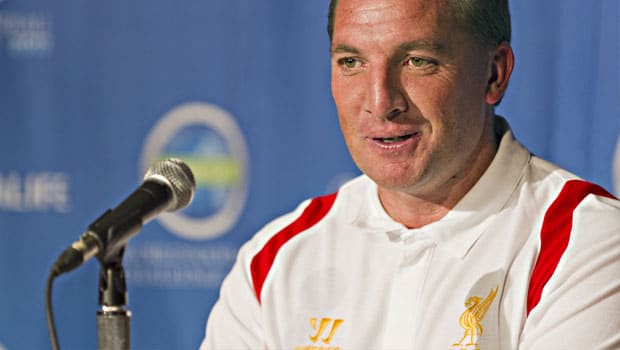 [quote style=”boxed” float=”right”]Liverpool Are 40/1 To Be Relegated With Paddy Power Bookies[/quote] It’s worth noting that this article was first written in 2010! At the time Roy Hodgson had taken over the managerial role at Liverpool and the club languished in the relegation zone after 10 games.

Fast-forward two years later and Liverpool is once again at the wrong end of the table. New manager Brendan Rogers is attempting to transform the Anfield outfit into a high pressing, quick passing team. Nevertheless, results against West Brom, Man City and Arsenal have left Rogers with just one point out of a possible nine. Hardly the sort of start to impress the Kopites.

In fairness to Rogers his brand of football has been very successful at Swansea, the Welsh club proved a revelation in the last seasons Premier League. The board at Anfield must be commended for taking a gamble on a young manager. However, sacking Anfield legend Kenny Dalglish to make room for the new manager was always going to be a high risk strategy. Especially when you consider that five different managers since 1998 have attempted to resurrect the glory days at Anfield with mixed levels of success.

Fans will be looking at the upcoming fixture list with a mixture of excitement and fear. Liverpool’s next two premier league games include a tricky away match at Sunderland (no beach balls allowed!) and then a visit from Manchester United. If Rogers loses those two games a panic could engulf the club. However, if he can find the winning formula at the Stadium Of Light and outplay Manchester United, Liverpools fortunes will be transformed. Indeed a win against United is normally enough to keep the Kop happy for months!

Will Liverpool Go Down?

So what are the realistic prospects of Liverpool being relegated? Well, Paddy Power Bookmakers are willing to give you 40/1 on Liverpool going down. Big odds, but probably not big enough to even tempt Everton fans from having a cheeky punt! It’s unimaginable for LFC fans to think that their great club could be playing in the Championship next season… No doubt Leeds United, Sheffield Wednesday, Blackburn Rovers & Nottingham Forest fans once shared similar thoughts too!

How The World Cup Qualifiers Work
Scroll to top