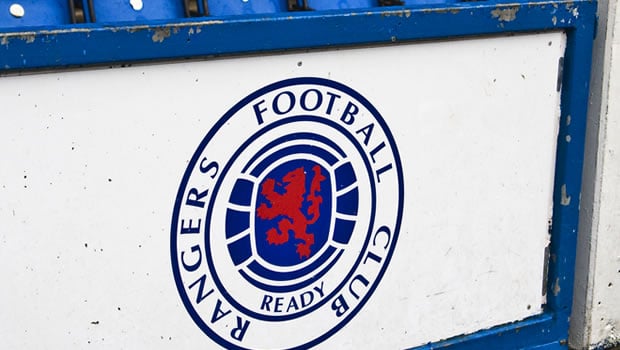 Outside of Scotland, little has been heard of the tragedy that has befallen one of the World’s great football clubs, Glasgow Rangers.

This grand old club was founded in 1872 by Peter Campbell, William McBeath, Moses and Peter McNeil, the club being named after an English Rugby team. May 1872 saw Rangers play their first ever game on the public pitches at Glasgow Green, this was a friendly against Callander FC, the result was a 0-0 draw. Playing only one more game that year against Clyde, it was in this game that Rangers introduced the now famous Blue Strip, the result was a win for Rangers 11-0.

Despite already playing, Rangers are recognised as not being officially founded until 1873, when they held their first official meeting and staff were elected. However they missed the deadline for joining the Scottish Football Association and could only play friendly games in this first season, they were unable to play in the inaugural Scottish Cup.

Despite these humble beginnings, by 1876 a Rangers player Moses McNeil, was playing for Scotland and in 1877 Rangers reached the Scottish Cup Final. 1888 saw the first Old Firm derby game and Rangers lost 5-2. 1890-91 was the start of the Scottish Football League with Rangers being one of the ten original members playing at Ibrox Stadium. Their first league match was against Heart of Midlothian on the 16th August 1890, Rangers won 5-2, and for the only time in Scottish football history Rangers finished joint top with Dumbarton, after a play off which finished 2-2, the title was shared. 1894 saw Rangers win the Scottish Cup for the first time beating local rivals Celtic 3-1. In 1939 Rangers broke the British League attendance record when 118,567 fans turned out for an old firm derby.

1971 was perhaps the worst day in Scottish football history, 66 people died at the clubs stadium in what became known as the Ibrox disaster. After a period of recovery, Rangers went from strength to strength until 2003, when the club’s financial problems became common knowledge. Poor results in Europe over the next few years were costing the club a loss of revenue they could ill afford, the 2008/09 season saw the club post a loss of £3.9m for the six months till December 2008.

The 2009/10 season saw Rangers reduce the squad size to reduce costs, during 2011 David Murray sold his controlling interest in the club to Wavetower Limited for £1. On 14th February 2012, Rangers entered administration over non payment of Paye and Vat taxes to HM Revenue and Customs, the team had 10 points deducted by the SPL ending it’s 2012 Championship challenge, they then failed to submit accounts for 2011 and were refused a licence to play in European football. In the 2012/13 season things were to get even worse, in April 2012 it was revealed that the clubs total debts could top £134m, HM Revenue made it clear that they would vote against a proposed Company Voluntary Arrangement and by 14 June 2012 the club was liquidated, the assets were sold off to Sevco 5088, owned by Charles Green. Charles Green applied to register with the Scottish Football Association with a view to participating in the Scottish Premier League.

The SFA have voted and now decided that Rangers shall be relegated to Division 3 of the SFL, this in effect means Rangers will not be able to gain admission to the SPL until season 2015/16 at the earliest. What this will mean for football revenues in Scotland, is hard to work out, fears that this situation could put the whole of the SPL in danger of financial collapse have not to be taken too lightly. TV rights deals have not been finalised and the Old Firm games were the biggest money spinners for the TV companies. While the SFA’s main sponsor, the Clydesdale Bank, has stated they will stick with the current deal, which runs out at the end of Season 2012/13, they have also said that they won’t be renewing. Dundee have been voted to replace Rangers in the SPL, Dunfermline who were relegated at the end of season 2011/12, are likely to mount a legal challenge.

Who Will Play Christian Grey?
Scroll to top