The Premier League is nearly coming to a close and the top goalscorer odds and golden boot hopefuls are starting to take shape with the usual contenders at the top.

The Premier League, as well as the race for the top goalscorer award, are significant facets of English football. There is always a lot to look forward to in this league with new players coming and going.

This season, there is a good chance it will be as close as last year. Most of the top teams now have a player capable of finishing at the top in goalscorers, but who does Paddy Power predict to come out on top.

Since he was bought by Liverpool in 2017, Mo Salah has scored more goals than any other Premier League player (winning him the Golden Boot twice).

His lowest season with 19 goals was last year, his highest being 32. He missed out on the top goal scorer’s title with just one and it was considered a disappointing season for him…

At Liverpool, Salah is their penalty taker. He took 120 shots last year and was on target 51 times. He’s also involved in everything Liverpool does. With their squad back to full fitness for this upcoming season, expect Salah to have even more chances.

With another solid season in the bag for Liverpool, Salah is streets ahead of his fellow footballers when it comes to finding the back of the net. You can also get good odds on this market if you bet with 1win.

Picking up the slack from teammate Harry Kane, the striker could be a good bet to challenge for the Golden Boot.

The Liverpool winger has worked his way into Jurgen Klopp’s starting eleven now and has replaced Roberto Firmino.

Jota had 10 goals in his first 20 Premier League appearances for Liverpool, seven of which he has started on the bench. Now he is more involved, his numbers have rocketed.

Jota has a knack for being in the right place at the right and this gets him a lot of goals. Sides tend to focus on Liverpool’s other star players including Salah and this gives Jota time and space.

He is going to be very important for Liverpool this season and may even sneak a Golden Boot!

The world’s greatest goal scorer returned to the Premier League for his second stint at Man United.

With plenty of games left in the season, there was a solid opportunity for Ronaldo to add to his goal tally.

However, it is likely he will take some time off following the recent announcement that one of his twin babies had sadly passed away.

Last year’s Golden Boot winner is struggling this season. He was fantastic in 2020/21 and even finished top of the assist charts.

It looked like he was going to leave Spurs this summer for City, but the club blocked the move. Since then, it hasn’t really worked out for him.

Kane has only found the back of the net 12 times this season but his Spurs teammate, Heung-min Son has taken on the bulk of goal scoring duty.

There’s still hope but his top goalscorer odds are not looking good for someone hoping to win the golden boot.

Sadio Mane (50/1 – 13 goals) – Only two goals behind teammate Diogo Jota, but can Liverpool winger Sadio Mane score more than Mo Salah and put himself into contention for the Golden Boot in 2022?

However, if Manchester City continue to dominate in the Premier League he may still get a few more chances to bump up his numbers. 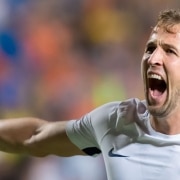