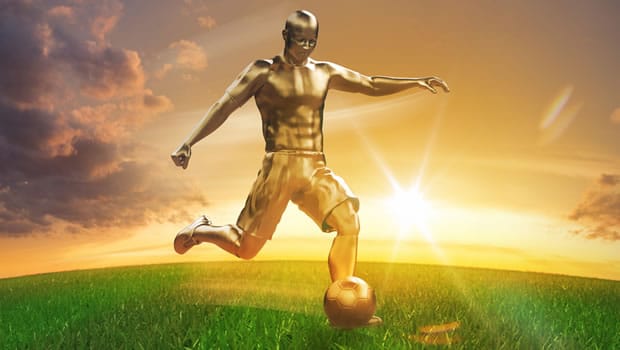 If you’re looking to get good value for making a bet, the top goal scorer in the Premier League is definitely a good place to go. For those of us looking to have a flutter, it’s good to know that most bookies will payout to 4th place, meaning success for each way bets. So, who do we think stands a chance of hitting the top of the goal stakes this season?

Torres has been finding it hard to adapt at Chelsea and has managed only 15 goals in 82 appearances in the Premiership since his move to Chelsea in 2011. This is partially due to a lack of form and also down the attacking midfield players at Chelsea who tend to play themselves into good positions.

However, Torres has been strong in pre-season and has shown glimpses of why he was so expensive. Though he may not finish top of the charts – he makes a good bet to finish in a top-four position.

At only 22, Benteke has a bright and promising future and the Belgian thrived in his maiden season in the league with 19 goals from 34 appearances at a struggling Aston Villa. He’s only going to improve and considering how poor Villa is going forward, he should have the lion’s share of the goal-scoring opportunities. Benteke is definitely one to place in the top 4 goal scorers.

Walcott has improved each and every season at The Emirates and last year was Arsenal’s top scorer with 14 goals in 32 games. So, expect him to be in the top 10 scorers for near-certain and with odds of 40/1 as the highest scorer – he makes a good bet each way.

Aguero has a manner of scoring goals when they’re needed – think the end of the 2011/12 Premiership season, or the Manchester Derby last year. A lack of Carlos Tevez, plenty of support from his midfield and full fitness could see him get into the mix for a top 4 position again.

Last year’s Golden Boot winner – can he do it again? With 26 goals last year, he emerged ahead of Gareth Bale and Luis Suarez. However, his 26 goals were four less than the 30 he scored at Arsenal the previous season. He’d also be only the third player in the Premiership to take the highest scorer three years in a row. However, he’s worth a straight back bet.

Spurs record signing can play up front alone and from what we’ve seen at Both Teams to Score has shown that he can score aplenty – netting 24 in Spain last season. With Andre Boas playing a system that suits, don’t be too surprised if he’s at the top end of the charts come May.

Dzeko had an amazing pre-season and the Bosnian could score a lot if played regularly. With limited time last year he managed to hit the mark 14 times and if first choice this year could be a contender.

The old devil. The Uruguayan will be at Liverpool for the initial part of the season but no matter where he is he’ll score goals. Definitely one to place a straight back bet on – it’s just a shame you can’t bet on the controversy.

Giroud has got off a blistering start this season and was on fire in pre-season. The Frenchman will be hoping to get his mojo back this season and makes a good bet now that Arsenal’s midfield is as strong as it is. With some good service, it’s possible he could be a good evens bet.

Did very well at Bayer Leverkusen and like Torres above, with the Chelsea midfield as strong as it is, he could really be a class act and spend most of the season notching up the goals. We wait and see if his good form in Germany translates to the UK.

These 10 players offer plenty of potential for a quick bet for the up and coming season – only time will tell.

Highest Paid Footballers In The World