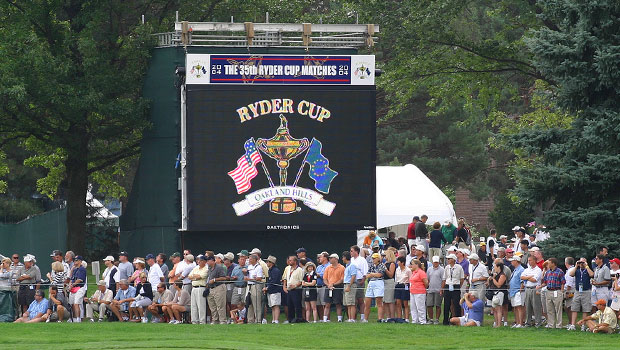 Not since Devon Loch slipped yards from the winning post in the 1956 Grand National has a certain victory turned so quickly into defeat. Sundays session at the Medinah Country Club course in Chicago looked like a victory parade for the U.S. Ryder Cup team. However, little did the American team realise that the tide of history was about to sweep across the Medinah greens.

The final day of play in the 2012 Ryder Cup saw America lead Europe 10-4, needing just 4½ points to win back the Ryder Cup the world was waiting for an early celebration from U.S. Captain Dave Love III and his team. So certain was the victory that U.S. sports network ESPN reported that the only way America could lose the Ryder Cup was if “Davis Love III inserts Cup spectators Michael Jordan, President George W. Bush, Amy Mickelson and the Rev. Jesse Jackson into the singles lineup.”

I bet a journalist never regretted writing a report more than ESPN’s Gene Wojciechowski! To be fair, not many in Europe believed that Olazabal’s and his Team could pull off one of the biggest comebacks in sporting history. A fight back that would rival anything you’d witness in a Rocky movie! The charge was lead by Justin Rose and Rory McIlroy, but it was the German Martin Kaymer who set up the most thrilling of finishes. Handling immense pressure seems to come naturally to the Germans, and Kaymer didn’t let down his side down, even when he landed in the Bunker at the 18th hole, with an icy cold display of Teutonic determination Kaymer played a wonderful shot on to the green.

Not for first time Europe’s fate lies with a German stuck in a bunker!

Kaymer holed a six-footer on the 18th green to beat Steve Stricker and by doing so guaranteed that Europe would at least retain the Ryder Cup. The American team could only look on in disbelief – how had they thrown it away? The worst was yet to come, Tiger Woods missed a simple putt against Italian Francesco Molinari in the final match to hand outright victory to Europe.

The win was dedicated to European Ryder Cup Legend Seve Ballesteros, the Spanish player who died in 2011 was one of the biggest influences in modern Ryder Cup history. Team Europe played the last day dressed in Seve’s trademark blue and white, along with Seve’s silhouette stitched into their shirts & bags.

Europe’s Sergio Garcia said after the famous victory “There’s no doubt that we’ve been inspired by Seve, through our captain. I don’t know how my team-mates pulled it off. I got a little bit lucky today, but I found something. There was no chance I would have won my match If he wasn’t up there looking down on me.”

The 2012 Ryder Cup will forever be known as the “The Miracle of Medinah”. 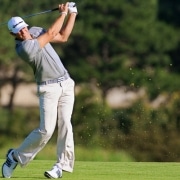 The Miracle Of Medinah Wallpaper
Scroll to top