The Open Championship is the oldest major in golf, starting back in 1860, but who is the favourite for it in 2021?

It is steeped in golfing history with golfers such as Tiger Woods (3), Arnold Palmer (2), Jack Nicklaus (3) all winning it. However, it is Harry Vardon who holds the record for the most wins with six, from 1896-1914.

The 2019 Open Championship was held at Royal Portrush in Antrim, Northern Ireland. The weather conditions were horrendous, but this didn’t stop Irishman Shane Lowry finishing -15. We did in fact tip Lowry as an outsider to win at 50/1!

Unfortunately in 2020, The Open Championship had to be canceled for the first time since World War 2! However, even though this was disappointing, it makes the 2021 competition even more exciting.

The 2021 Open Championship is to be played at Royal St Georges Golf Club in Kent. It will be the 149th edition of the tournament.

With it being a year away and with three American majors still to be played this year, odds are not currently available. So, we’ll look at who we think is in with a chance and who could be worth backing if you fancy some online golf betting when the odds do finally come out.

First up is an obvious one and the current world number one, Rory McIlory. The Irishman is still on the hunt for his first major since 2014 and it would be great if he won it in the UK.

His last major win was this very tournament back in 2o14. Since then he has come close but not quite made it. If he can keep up his current form and stay at number one for the remainder of the year, he will be confident.

Brooks Koepka will be another one who is up there in the odds. He had a fantastic time from 2017-2019, winning four majors as well as coming second and fourth.

His four wins came in the US Open and PGA Championship. Koepka is currently third in the world and will be full of confidence having four majors under his belt in such a quick time.

Tommy Fleetwood is another one we like the look off. Unlike McIlory and Koepka, he is still yet to win a major but came second in The Open last year. He has shown what a fantastic golfer he is and just needs a major to prove it.

With this major being held in England, the world number 10 will be the most popular man on the course. Maybe all he needs to get that first win is a push from the crowd!

Now the last one is more of an outsider bet and once again it’s going to be Shane Lowry. At 50/1 last year, he wasn’t given a chance but now he has the experience of winning one, why can’t he win another?

He is working really well with his new caddy and will probably be at another generous price this year. Lowry is currently ranked 20th in the world.

And don’t forget that the The US Open, The PGA Championship and The Masters are all still to be played! 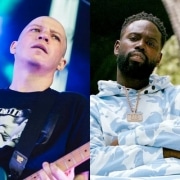 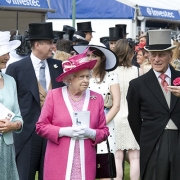 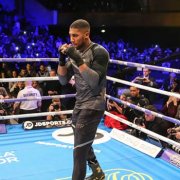 A Guide To The Olympic Torch
Scroll to top