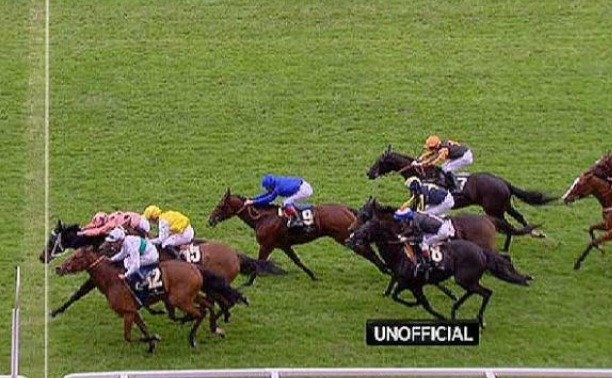 The wonder from down under made it 22 wins from 22 starts today when she won the Diamond Jubilee Stakes by a nose in front of a packed crowd at Royal Ascot.

The race was billed as Black Caviar Vs Great Britain and was streamed live in Melbourne’s Federation Square where Aussie punters backed the wondermare to beat the best of british sprinters.

The build up for the race was a tense affair for punters and bookmakers alike and Black Caviar eventually went off at 1/6 which many Australions thought was a generous price considering she has been as short as 1/33 in previous races in Australia.

From early on in the race Black Caviar looked comfortable as she took up a commanding position, by the half way mark her speed was beginning to tell but her toughest test was yet to come as she appeared to take her foot off the gas and slacken just enough to give 2nd favourite Moonlight Cloud and rank outsider, and 50/1 shot Restiadargent, a sniff of potential victory.

“Black Caviar was not 100 per cent in the race. We’ll look at her when we get home and she might be retired,” trainer Peter Moody.

Jockey Luke Nolen just got her back in track in the nick of time to get her passed the winning post by the tiniest of margins giving half of the Royal Ascot go-ers and Black Caviar connections a heart attack in the process.

Yes, she won and that’s 22 on the trot for the epic Australian mare but it wasn’t quite in the style that had been so widely anticipated and certainly nothing like the thrashing Frankel gave his field earlier in the week when he romped home by a whopping 11 lengths.

Relief, rather than ecstatic joy, seems to be the reaction to what is now being touted as ‘The blunder from Down Under’ and Luke Nolen is officially the luckiest guy in Ascot!