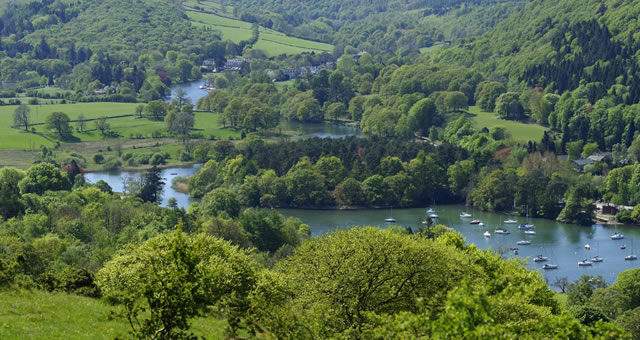 Tucked away in a secluded valley in one of England’s most outstanding areas of natural beauty is the medieval village of Cartmel. Historic Cartmel, or Kirkby in Cartmel as it was once known, grew up around its famous 12th Century medieval Priory Church. It’s a picture-postcard sort of place on the edges of the Lake District, with an assortment of 16th – 18th century buildings dotted around the village square.

There are traditional pubs, shops, private houses, even a Michelin-starred restaurant, L’Enclume. Cartmel has become known as the “home of sticky toffee pudding”, but perhaps the biggest surprise of all, for such a tiny place, is that Cartmel has its own racecourse.

It’s believed that the fifteenth century monks of the priory raced mules on Saint’s Days, but the earliest written account of racing at Cartmel dates back to 1856. The early horse racing took place on the flat and it wasn’t until the start of the twentieth century that the course became a jump venue. Initially the races were held on a single day of the year, Whit Monday, then in 1947 a Saturday was added and in the 1960’s the August meeting was introduced.

The racecourse, although small, regularly attracts crowds in excess of 20,000 racegoers. It holds as many as seven National Hunt meets per year including May and August Bank Holiday Festivals. For the first time in 2013 a two day meeting in July saw the richest fixture in the course’s history with a total of £125,000 in prize money spread between the two days.

The course is built on land owned by the Cavendish family who own the Holker Estate and has been much improved in recent years. In 2004 the old Grandstand was demolished and a new Grandstand built providing top class facilities for jockeys, a new restaurant and hospitality facilities for weddings and other corporate and social events.

Cartmel retains its country fair feel with a fun fair, trade stalls and food of all varieties in the centre of the course. There’s no real dress code and about the only rule is no bare chests – either male of female. Smart casual is preferred and of course many racegoers like to dress for the occasion.

The course – which is very much part of the village – is a sharp and narrow left handed oval of just over one mile and one furlong with the longest run-in in the country at just over 4 furlongs. The steeplechase course has 6 fences; including an open ditch and a water jump. The hurdles course has just four obstacles. The finishing straight splits the racecourse into the two enclosures and spectators watch the action from these two areas as opposed to the outside of the track as at most other racecourses. This means that punters can get really close to the horses and watch the race from only a few feet away.

The course is ideally suited to front running horses and jockeys and has seen some top class action. Nicky Henderson (2012/13 Champion Trainer), David Pipe, Paul Nicholls, who won the Grand National in 2012 with Neptune Collonges, and Nigel Twiston-Davies have all had runners in recent years. Jockey Graham Lee does pretty well at Cartmel along with Brian Hughes, as does trainer Donald McCain Jnr who is the son of Ginger McCain, Red Rum’s famous trainer.

It has to be said that Cartmel isn’t the easiest place to get to, with long queues in the narrow roads on race days. From the M6 (junction 36) follow signs for Barrow-in-Furness (A590). At the big Meathop roundabout take the right exit and follow the brown signs for Cartmel Priory. Should you wish to come by train you’ll need to get to the station at Cark in Cartmel (2½ miles from the Course). A bus connection runs on race days or of you have a light aircraft Cark airfield is 4 miles from the course. Helicopter facilities are also available on course.

Cartmel is a relaxed great day out with plenty to do between races either on-course or in the village. It comes highly recommended and on a sunny day the beauty of the village and surrounding landscape is a joy to behold. 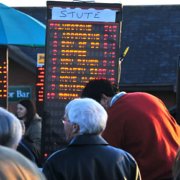 Are You Mobile Yet?
Scroll to top