The latest trial in the world of horseracing is the televising of Stewards Enquiries. This is has been put forward at the suggestion of Racing for Change, a project led by Racing Enterprises Limited (REL) which aims to review the way racing is promoted.

This is just the beginning of the initiative, which is bringing together all the major stakeholders of the industry. The goal is to pursue ambitious change for the future benefit of British horse racing.

Horse racing has for quite a while been facing challenging times. Declining betting revenues, reduced racehorse coverage, less television coverage and decreasing numbers of owners. Racing for Change and the introduction of initiatives such as the televising of Stewards Enquiries are seen as being means of both modernising racings.

A Stewards Enquiry is basically where the stewards (amateurs unpaid officials who attend the racecourse on behalf of the British Horseracing Authority (BHA) to ensure that the Rules of Racing are adhered to) call into question some aspect of the race. The stewards have the power to disqualify horses and alter the outcome of a race should they believe the rules of racing have been infringed. You will know if an enquiry is to be held if you hear a klaxon is sounded after the race. The settling of bets is postponed until the enquiry is complete.

Horseracing fans have been calling the move to televise the enquiries a greatly welcome and revolutionary move. After all, the people who actually bet on racing are entitled to witness the reasoning behind the decisions which affect results.

Jamie Stier, the head of race-day operations hoped punters would ‘gain a more comprehensive understanding of the processes and considerations undertaken by the stewards in determining the result of a race which is subject to an inquiry.’

How To Hedge Bets – Correctly Reducing Over All Risk 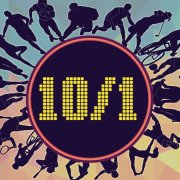