The Velka Pardubicka, the Czech Republic’s answer to the Grand National, was first run in 1874 and takes place every year on the second Sunday in October. It’s a tough race.

The 6.9 km steeplechase has 31 obstacles and usually takes just 9–10 minutes to complete, but they are long minutes, and of course, there’s the infamous ‘Taxis’ fence to contend with, a 6ft high, 6ft wide hedge followed by a yawning ditch. It was this fence, which dwarves Becher’s Brook, that led 1990 Grand National winning Jockey Marcus Armytage to say; “In 20 years of race-riding the prospect of facing only one fence ever woke me up in the middle of the night in a cold sweat: the Taxis”

Despite its long history – the Velka is 134 years old – it’s only recently started to gain the respect and reputation it deserves, and as one of the key races in the Crystal Cup, with a huge €70,000 (£56,000) prize, it certainly deserves recognition. Perhaps the demise of the Iron Curtain negatively affected the race’s profile, or maybe the non-Czech speaking racing world just aren’t as interested in the race as they might be, but outside of the Czech Republic, it’s gone almost unnoticed until this year.

So what’s changed? Well, back in the 1890s George Williamson won both the Velka Pardubicka and the Grand National, making the headlines all over Europe and Russia. It was even reported in the US racing journals at a time when the US was even less interested in sporting events outside its own borders. Since then, no other jockey has ever repeated the impressive double. But this year, in a flurry of pre-race activity by the UK press, the Velka once more hit the headlines as it seemed all set for history to repeat itself and for that elusive double to happen once again.

Grand National-winning jockey Liam Treadwell looked in with a chance of becoming only the second man in history to win the both the National and the Velka Pardubicka. The odds looked good, and Treadwell had been well received in the country after a shaky start. The locals don’t take too kindly to big-name jockeys who fly in on the day of the Velka without putting in some groundwork, but Treadwell wasn’t one of those: “I think they slightly frowned upon me when I first went and I felt like an outsider, but they’ve warmed to me, which is reassuring if you’re riding in the big one. They turned their backs on me when Trezor won his first trial, but they all congratulated me after the second.” Treadwell went on to say: “Having been over there four times and had a dozen rides, I now feel like I’m one of the lads.”

Well if not one of the lads, Treadwell is certainly no stranger to the course and he was riding second favourite Trezor, winner of two Velka qualifiers. Could he really do it? Well, in the end, the answer was no, so just what went wrong?

The race was never going to be easy for Treadwell who needed to fend off the pre-race favourite Tiumen, poised to become the first horse to win four consecutive Velkas. Treadwell’s mount, Czech-trained Trezor, was in good shape throughout the four-and-a-half-mile race but failed to pace on from second place four furlongs from home and eventually finished a disappointing eighth out of the 15 horses to cross the winning line.

Talking about the reasons for his defeat Treadwell blamed the soft surface, saying after the race: “I came in with great expectations but with the rain they had here, especially in the areas of a ploughed field, I knew from four out that we weren’t going to win. The ground was just too testing. The horse has travelled well and got a clear run all the way around, and we followed the winner, but just didn’t get the trip in that ground.”

This was Treadwell’s first Velka outing; claiming to be pleased with Trezor’s showing, and despite not winning, he hopes to be back on the same horse next year. “I’m disappointed but I really enjoyed it and I’m hoping to be back. It’s a real contrast to the National as there are so many more turns and the water jumps are like nothing I’ve seen before – they’re just gaping holes in the ground. It’s also difficult to find your way around as it’s such a complicated course. I spent four hours walking it the day before and a few more this morning.”

The Brits and the Irish were out in force at this year’s Velka and Treadwell was one of four Brit-Irish jockeys to ride in the 23-horse field. It was a close run thing between them. James Reveley did best, finishing fourth on Maljimar coming up through the field in the latter stages, while two other Irish horses, JP McManus’ Uncle Junior, ridden by Emmet Mullins, and Enda Bolger’s Doctor Pat, ridden by Richard McLernon, finished sixth and seventh.

But perhaps the biggest surprise of the race, even more, surprising than the ease with which an outsider won, was that legendary Czech rider Josef Vana, who at almost sixty was the race’s oldest rider, didn’t win the Velka for a record fourth time in succession. As the most experienced Velka rider, he’s won it eight times from his 25 starts as a jockey and nine times as a trainer, most of the Czech money was riding on him. It looked at one point that he might just do it, as his 10-year-old horse, Tiumen moved up into contention with only four fences to go. In the end, though the lead was too great and he couldn’t catch the winner.

So that’s this year’s Velka, but there’s always another year. Can Liam become only the second man to win both the Velka and the Grand National next time around? Let’s hope so! 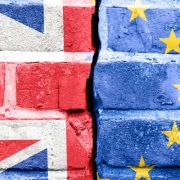