It’s fair to say that the Welsh Grand National is the big highlight of the Christmas racing calendar. Just as we are getting over the Christmas indulgence The Welsh National kicks off and is always a race not to be missed.

The very first Welsh Grand National took place in 1895. The race was run at Ely Racecourse in Cardiff and only moved to Chepstow in 1949. For many years the Welsh National was run on Easter Tuesday. But that was changed to its current day, December 27th, in 1979.

The Welsh Grand National has grown tremendously over the years and produced some excellent winners who’ve then gone on to battle it out at the Aintree Grand National. In fact, the Welsh National is a good testing ground, although it can be difficult mainly due to the time of year that it is run. Generally, the course is very muddy and the going is almost always on the heavy side of things.

On top of this, in 2019 the course distance was increased to 3 miles 6 furlongs and 130 yards. Plus there was an additional fence added, increasing the Grade 3 National Hunt Chase from 22 jumps to a formidable 23.

Coral bookmakers have been instrumental in the success of the Welsh National. In fact, Coral now has the longest-running sponsorship of any jump race going all the way back to 1973.

Notable winners of the Welsh Grand National, include Jenny Pitman’s Corbiere who won the race in 1982. They then went onto win the Grand National at Aintree the following year.

Pitman was at it again in 1983 with Burrough Hill Lad who not only won at Chepstow but followed up his success with a Cheltenham Gold Cup win three months later, in 1984.

Amazingly Peter Scudamore won back to back races riding Bonanza Boy in 1988 and 1989. He remains the only horse ever to win the Welsh Grand National in consecutive years.

More recently, we have seen the record broken for the youngest ever winner. At just sixteen years of age, jockey James Bowen rode Raz De Maree to victory in 2018.

The 2019 winner was also incredibly popular. Seventeen-year-old, Jack Tudor rode a dream race on Potters Corner, the first Welsh trained horse to win the Welsh National since 1965. It’s fair to say that the Welsh loved it especially part-owner Jonathan Davies who certainly had a big smile on his face.

Let’s say that 2020 has raised more than a few challenges for every form of scheduled sport. A number of events have been canceled, including the 2020 Grand National at Aintree. But that didn’t mean that punters missed out completely. The Virtual Grand National gave us all something to watch and also raised money for the NHS. But guess who came out on top, yes you guessed it, Potters Corner.

The Welsh Grand National is scheduled to be run on Sunday, December 27th, 2020. Can Potters Corner reign victorious for trainer Christian Williams or will we see a new champion take the crown? 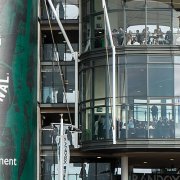 Don’t Bank On Away Teams To Win
Scroll to top