Technology supporting the officials in sport has never been more in the news than the past year. I mean it seems to make sense, as it should reduce the errors made by the officials. But let’s take a look at where things are at and see if it really does make things better.

The most recent introduction of instant replays being applied to a top-line sport is also one of the most controversial. It is the Video Assisted Referee (VAR). It took years for FIFA to implement goal-line technology and there seemed still to be outrageous decisions made by referees.

How could this be resolved? More eyes to check for the on-pitch referee? More eyes with the aid of video who could assist the referee in making the right decision?

It all seemed good when the VAR system was used at the 2018 World Cup with arguably great success. So, where did it all go wrong with the technology when it was introduced to the English Premier League?

If you are a fan of football, you could be forgiven in thinking there has been more media about VAR than the game at times. With all this media coverage you could be forgiven for thinking this technology is a totally new concept. However, sports fans know that most sports have been using one form of technology or another for many years. Plus, most of them have been using it flawlessly.

So what is all this technology that everybody is talking about? Well, the one piece of tech that we are all now familiar with is the instant replay. In many fast-action sports, this is used to show and slow down the action, which allows the viewer to see what has just happened. Viewers have seen instant replay used in Athletics or Horse racing for decades. It’s simple, the camera doesn’t lie.

Despite this reservation, Basketball, a really fast-paced game took this tech onboard to ensure players were shooting within the time allotted by the shot clock.

Another sport that has been using this technology for years and included a video referee is Rugby. But as with the previous examples, the playback of the instant replay is inclusive to the spectator. Rugby even goes as far as to include the fans with the conversations between the referee and the video referee.

It could be said that this inclusiveness allows the fans to better understand the decisions made. But a big difference is that Rugby players never argue with the referees’ decision, never have. Generally, there is much more respect for the referee in the game of Rugby.

Somewhat surprisingly, Cricket, one of the oldest and most conservative of sports very quickly embraced video tech. I mean, come on they even have cameras in the stumps.

On top of this, a Third Umpire sitting in a control booth with access to TV replays is also in wireless contact with the umpires on the field. Decisions on disputed catches and boundary decisions can be quickly relayed. He can also rule on ‘run out’ decisions, which is he does immediately without consultation.

Tennis started testing the Hawk-Eye system in 2002. Despite some early doubts, it was used in the 2006 US Open and each player was allowed to make two challenges per set. The Hopman Cup in Australia became the first elite-level tournament where players were allowed to challenge point ending line calls, the referee would then review the play using Hawk Eye.

Since those early days many other sports now employ Hawk-Eye or similar systems. The technology is now used in Hurling, Gaelic Football, and Snooker with many other sports reviewing which systems will best suit their requirements.

How Should VAR Work?

So, what is the future for instant replay technology in sport? It’s fair to say that most sports have got the technology to the point of perfection. The Hawk Eye system for instance is virtually perfect, leading to no disputes.

But, what about the issues with VAR. Well, in theory, it should help significantly. Let’s just say it’s early days. Yes, there have been some big issues but it certainly is not going anywhere. With a little more refinement, the VAR system will work and we’ll never look back. 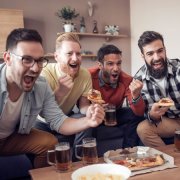 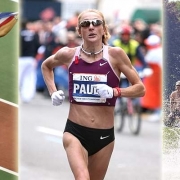 Tips For Winning At Online Bingo
Scroll to top