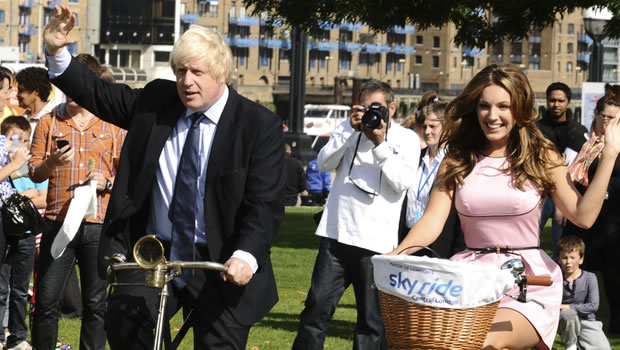 Love him or hate him there’s no doubt that after the success of the Olympics he’s riding high. So high in fact that even when was left dangling over a crowd of people on a 150ft high, 1,000ft long zip wire at the London Live event in Victoria Park (an incident that would have destroyed the career of many a politician) he turned it to his advantage.

‘There you have got it,’ he said on ITV Daybreak. ‘How on earth could you elect that guy? How could anybody elect a prat who gets stuck in a zip wire?’

How indeed? But there seems to be mounting speculation that Boris Johnson, London’s seemingly loopy mayor is angling for the Tory top job. Of course, Boris denies it at every opportunity, but doth the gentleman protest too much? Although he has publicly denied any ambition to lead the Conservatives, sources close to the London mayor said he is determined to succeed David Cameron, ousting him as leader before the next General Election in 2015.

his slightly bumbling manner, may scream ‘buffoon’… he isn’t.

He’s certainly capitalising on his Olympic success; who could forget him dad dancing at the closing ceremony, or waving the Olympic flag with such practised precision? The press is calling his newfound popularity and respect the ‘Boris Bounce’ and he’s trying hard to capitalise on it with a series of overseas trips to China, India, the Middle East and Brazil. Officially the purpose of these jaunts is to open up communication and increase trade for London, but a number of senior Tories believe Boris is trying to build his image as an international statesman.

But what of the man himself? Alexander Boris de Pfeffel Johnson was born in New York and held US citizenship until 2006. He’s descended from Turkish, French and German stock and often describes himself as a “one-man melting pot”. His education is typical for a former Tory MP; schooled at Eton College and Oxford University – where he was President of the Union. He’s married with 4 children, and whilst everything about him, from his shock of studied unkempt blonde hair to his slightly bumbling manner, may scream ‘buffoon’… he isn’t.

Of course, Boris isn’t your typical ‘heavy on gravitas’ politician. His colourful private life has earned him the nickname ‘Bonking Boris’ (he was sacked by the Conservative leader Michael Howard for failing to tell the party the truth about claims he had an affair) and his outspoken and often flamboyant approach isn’t quite as politically grey as many of his peers would prefer.

So is this larger than life character, who until recently was taken with a large pinch of salt by the British public, really orchestrating some sort of political coup? In 2011 he told the BBC’s Newsnight he did not expect to do “another big job in politics”, and when pressed on the question of whether or not he would stand for Parliament so that he might run for the Tory leadership, he said: “not a snowball’s chance in Hades”. More recently Johnson has said he “cannot foresee the circumstances” in which he would become Prime Minister, echoing Michael Heseltine’s repeated denials prior to him launching a stinging challenge to Margaret Thatcher.

There’s growing support for Boris within the party. Influential backbencher, Nadine Dorries, has said he is the party’s only hope of avoiding electoral oblivion. ‘On our present trajectory, the Conservatives are facing electoral oblivion under Mr Cameron,’ and she went on to say, ‘We are going to have our backsides metaphorically kicked in next year’s county council elections, we will suffer big losses to UKIP in the 2014 Euro elections and the year after that we face the prospect of defeat in the General Election.’

Reports of growing friction between Boris and David Cameron are obviously being denied, but according to some Tory aides Johnson’s refusal to tell No.10 which Olympic events he planned to attend infuriated the PM. The situation hasn’t been helped by a recent opinion poll that suggests the Conservative Party would have a better chance of being returned at the next General Election if Cameron was replaced by Boris.

If ever there was a time for Boris to aspire to become Party Leader, maybe even to have a shot at Prime Minister, it’s now. As Nadine Dorries went on to say: ‘As last week’s events have shown, Boris has an appeal and charisma that David Cameron lacks. Which other political leader could get stuck dangling from a zip wire and come out of it smelling of roses?’

Which indeed? Even some leading Tory donors are backing Boris. Financier Peter Hall, who has given more than £450,000 to the Conservatives, told the Sunday Times that Boris could be the right leader for Britain if the country sinks into a very deep recession. ‘Boris’s great strength is his confidence and his optimism and his ability to, in an almost Churchillian way, inspire people to hope for a better future.’

So will Boris ever be PM, and does he have what it takes to be the new Churchill? Well as another Tory donor said about him recently: “Boris has something special, he connects with people. He has star power.”

Even the bookies are thinking again. Back in late 2004, Boris was backed to become Prime Minister on or before December 31st 2014 with William Hill at 66/1 and PaddyPower at 33/1. There was also money going on him at 25/1 with Hills and 33/1 with Paddy Power Bookmakers to become the next Leader of the Conservative Party. These days though Boris is up there with George Osborne. Paddy Power is offering just 11/1 odds on either individual becoming the next Prime Minister after Cameron, whilst poor old Nick Clegg is currently running at 50/1. If you’d like to bet on Boris becoming the next Prime Minister click here.

Star Power, Churchillian, and 11/1 odds… could he really do it? Well, he’s certainly winning over the hearts and minds of the British public and there’s growing support from Conservative MPs and Party donors. Even Boris, despite him saying: “I have as much chance as being reincarnated as an olive”, seems to be taking himself a little more seriously these days. Couple this with the fact that all three leaders of the main political parties are as dull as ditchwater in a grey and depressing time, and suddenly Boris – golden boy of the London Olympics – begins to look like a serious contender.

So, will he go for it and succeed? Well, as with most things where Boris is concerned – only if he wants too. 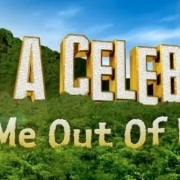 Headbands Are Back
Scroll to top