The 2022 BBC Sports Personality of the Year (SPOTY) Awards are still a long way off and we will have to wait until December to find out who the winner is. In the meantime, we have the latest odds for the award, courtesy of Paddy Power.

The shortlist for the award has not been announced yet for the award ceremony. That is largely because we are only about halfway through the year and with plenty of sporting action still in the calendar, it’s anyone’s game.

When the shortlist is announced, later in 2022, there will only be six contenders for the awards and the winner will be determined on the night by a public telephone and online vote.

It was tennis player Emma Raducanu who took the award for Sports Personality of the Year in 2021.

The 19-year-old won the hearts of a nation when she became the first British female tennis player to win the US Open since 1977.

Gareth Southgate won the Coach of the Year award after steering the England men’s football team to their first major final in 55 years at Euro 2020 in the summer.

Irish jockey Rachael Blackmore was voted World Sports Star of the Year. That followed her Cheltenham and Grand National achievements, topping off an amazing year.

Skateboarder Sky Brown, 13, won the Young Sports Personality of the Year after she became Britain’s youngest-ever Olympic medallist. She took bronze in the women’s park event.

With all major sporting events back to normal in 2022, there are going to be a huge amount of contenders.

So just who is currently in the running for the Sports Personality of the Year 2022?

Ronnie O’Sullivan is a professional snooker player who is the current world champion and world number one.

One of the most accomplished players in the history of the sport, he has won the World Snooker Championship seven times, a record he holds jointly with Stephen Hendry.

Despite threats of legal action if he was nominated, Tyson Fury still found himself on the shortlist for the BBC Sports Personality of the Year 2021.

Fury maintained his status as the best heavyweight in the world with an 11th-round stoppage of Deontay Wilder in their trilogy fight in October. And that was enough to get him on the list.

He may not have the greatest Premier League season of his career but Harry Kane looks set to captain England in the 2022 World Cup.

If Kane and his fellow teammates can emulate the success of the Euros, and maybe even go one better and win it, he will be an absolute shoe-in for the SPOTY in 2022.

The brightest star in British tennis, Emma Raducanu made history by being the first wildcard to ever win a Grand Slam and she did at the US Open on September 11th 2021.

The 18-year-old shot to fame at Wimbledon, just weeks after collecting her A-Level results, and quickly became the hope for British tennis glory.

Her victory over Leyla Fernandez catapulted her up the ranks and straight into poll position for the Sports Personality of the Year award, which she then won.

Playing for both Manchester City and England, the young midfielder is one of the best talents in UK football.

With another Premier League title in his back pocket, Foden will head to Qatar with England in November for the World Cup.

If he can find success on the pitch again, his huge fanbase will be picking up the phone for him for the SPOTY 2022. If he gets shortlisted that is.

Lewis Hamilton won the award in 2020. One of F1’s all-time great drivers, he equalled Michael Schumacher’s record of seven world titles with his fourth consecutive championship in 2020.

He narrowly missed out in the nailbiting finish of the 2021 F1 season and back in 2022 he still has a lot of work to do with Mercedes if he wants to regain the coveted title.

The Manchester City sticker had plenty of detractors going into Euro 2020 but quickly silenced them with his epic performances in the group games.

Fast on his feet and well able to find the back of the net, he is one of the most consistent players on the English squad.

With the impending World Cup 2022 on the way, if he plays out of his skin again he could do enough to get shortlisted.

But will it be enough to win the Sports Personality of the Year in 2022?

One of the stars of the 2020 Olympics, British swimmer Adam Peaty won his first gold medal in the 100 metre breaststroke at the 2016 Summer Olympics. It was the first by a male British swimmer in 24 years.

Five years later and he retained the title at the Tokyo 2020 Summer Olympics in 2021, the first British swimmer ever to retain an Olympic title.

A phenomenal talent, he is also an eight-time World Champion, a sixteen-time European Champion and a three-time Commonwealth Champion.

Emma Raducnu – 2021
Blasting her way through three weeks of tennis in Ney York in 2021, Raducanu became the first British female tennis player, since Virginia Wade, to win the US Open since 1977.

Lewis Hamilton – 2020
One of F1’s all-time great drivers, he equalled Michael Schumacher’s record of seven world titles with his fourth consecutive championship in 2020.

He was also knighted in 2021 and finished second in the Formula 1 Drivers Championship in 2021, behind Max Verstappen.

Ben Stokes – 2019
An incredible 2019 for Ben Stokes saw him with the award after being an integral part of England’s Cricket World Cup-winning side and the Ashes squad. Who will ever forget those incredible performances at Lords and Headingley? Watch the moment Ben Stokes was announced as the winner.

Mo Farah – 2017
The Olympic hero had been a 50/1 outsider with bookmakers to win the award, with the boxer Anthony Joshua considered the overwhelming favourite. Perhaps an indication that any of the contenders can take home the 2020 award.

Sir Christopher John Chataway was the first winner of the award, back in 1954. This came following a Gold Medal in the ‘3 Miles’ event at the 1954 Commonwealth Games.

Bobby Moore was the first footballer to win the award in 1966, being an integral part of the first and only England football team to win a major honour clearly helped his chances.

England will be one of the favourites to win the 2022 World Cup, so several players could fancy their chances of winning the 2022 award.

Andy Murray currently has the most award wins with three. He won it last in 2016 when he won an Olympic Gold Medal alongside the Wimbledon title.

Since its inception, 18 SPOTY winners have come from the Athletics world, and only five winners have been footballers.

There has also been an obvious shortage of female recipients of the award but that changed in 2021 when Emma Raducanu picked up the award.

Looking through the list of winners, there does seem to be specific visible trends. Being part of a successful team or event can undoubtedly increase your chances.

Bradley Wiggins took home the 2012 award, but that could have gone to any of Team GB’s heroes from the 2012 Olympics.

Andrew Flintoff won in 2005 after playing an important role in England regaining the Ashes.

Tips for Sports Personality of the Year

Wait until much closer to the ceremony to pick a sports personality to back. The outcome of the 2022 World Cup and the performance of various athletes throughout the sporting year will more than likely determine who will take the award this year.

The BBC Sports Team of the Year Award is also presented on the night. The current holders are the England National football team. Unlike the main award, it’s not decided by public vote.

With many sporting competitions set to be decided over the next few months, there is plenty of time for contenders to emerge.

Head to Paddy Power for all the latest odds on the 2022 Sports Personality of the Year. 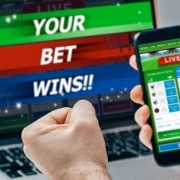 A Comprehensive Guide on Betting on Crypto Sites
Scroll to top