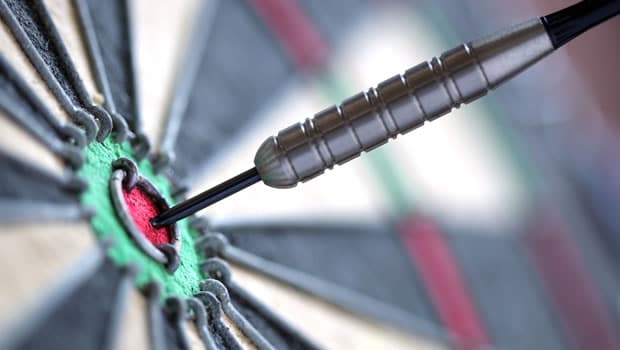 The Betfair World Matchplay Tournament takes place in the Empress Ballroom in Blackpool’s famous Winter Gardens between July 21st/29th 2012. The Professional Dart’s Corporation Event Director, Dick Allix, who has spent nine months planning the event said ” I wouldn’t say it was stressful I’ve put on these events all over the world and if you panic you’d never get anything done. But it takes more planning than most people would ever realise”. The Winter Gardens has been used since 1994, it is now one of the smaller venues which host tournaments, never the less, the 2,000 fans who crowd in will have the opportunity to see some terrific world-class darts players close up and personal!.

16 leading players from the PDC Order of Merit automatically qualify and are joined by the top 16 players from the Pro Tour Order of Merit. The Order of Merit is based on earnings from ten Players Championships, three European Tour events and eight UK Open Qualifiers, competition for places has been fierce and provided an exciting 32 player field. World Champion, Adrian Lewis, has more incentive than most to win, victory would see him topple Phil Taylor [who has topped the PDC Order of Merit for the past four years] and take over as No 1. Twenty-seven-year-old Lewis, who hails from Stoke on Trent, said, “It’s a big incentive for me to win the World Matchplay. I don’t think I was best at my last year in Blackpool even though I reached the semis. I’ve got a big incentive and I’ll be giving it my all this week to try and win it. To be World Champion and World No 1 in the same year would be a dream come true”. Lewis will meet Robert Thornton in what he expects to be a tough match in the first round.

The Chairman of the Professional Darts Corporation, Barry Hearn, said “It’s been a fascinating 6 months watching the players fighting for places in the World Matchplay because it’s a tournament every professional love. We have all the ingredients for a spectacular event, the World No 1 Phil Taylor, stung by losing the UK Open final, World Champion Adrian Lewis out for more glory, Raymond van Barneveld back in top form and rising stars like Justin Pipe and Dave Chisnall. Add into the mix the emerging young stars like Kim Huybrechts, James Hubbard, Michael van Gerwen, Joe Cullen and Michael Smith and we’re in for a brilliant week in Blackpool.” The tournament has an overall value of 400,000 Pounds, the winner receives 100,000 Pounds with a very respectable 50,00 Pounds for the runner up, you can watch all the action live from Blackpool on Sky Sports HD.

Rangers To Play In Division 3
Scroll to top