Bingo is a very straight forward game and most of us have played it at some point in our lives. The basic game is easy – you simply match the numbers announced by the bingo caller to your own card and if you mark off all the numbers on one line, two lines or a full house first, you win.

In the real world, you have to daub the numbers yourself with a special marker. However, online this is automated so you can sit back and watch as the computer does all the work for you. This is particularly handy if you start to play different bingo games and patterns as some can get a lot more complicated!

Some people think that the basic bingo game is played in exactly the same way from one bingo hall to another. Likewise, for the selection of bingo games available online. Nothing could be further from the truth!

As with any game, there are plenty of variations of the game. With differing rules, structures and patterns, there is actually a lot of variety to choose from. Two of the most common differentiations in the game are 75 Ball Bingo and 90 Ball Bingo.

75 Ball Bingo is the most popular form of the game in America. Up to 75 balls are called from 5 columns of fifteen balls, each column corresponding to one of the bingo letters.

The bingo cards that are used in this version of the game have twenty-five squares. Five across and five down and each column is marked with a bingo letter.

Each square has a random number on it, ranging from numbers 1 to 75. To win at 75 Ball Bingo you have to be the first player to match the game pattern on your card with the balls called out.

There is a huge combination of the patterns on the cards and there are static, corners, coverall and variable varieties.

90 Ball Bingo is the traditional bingo game of the United Kingdom and Australia. It is similar to other forms of the game in that the customer buys cards and marks out the numbers that they have as they are called out. The player to complete the pattern is the winner.

Each row contains some numbers from 1 to 90 as opposed to just 75. The winning patterns are always identical and there are 3 patterns in each game, each of which will have a prize associated with it. You can try out both types of bingo online at Jackpot Joy Bingo.

What Patterns Are Used?

These are just a few of the patterns that you will find in bingo. Others include, Diamond, Checkmark, Bowtie, Barbell, Block of 8, Arrowhead, Airplane, Loveletter….. the list goes on and on.

With the evolution of online bingo, there are now themed bingo games. Often they are based on the most popular slots games or simply themed for the time of year so Christmas Bingo or Valentine’s Bingo. This adds a bit of extra fun and often means more original prizes as well as a jackpot. 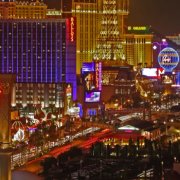 Beginners Guide On How To Play Craps
Scroll to top