The game of bingo is much older than you might imagine. Its roots can be traced all the way back to the 16th century when the original records of it started. It is thought to have first been played in Italy as a national lottery before the idea extended around Europe. It was even used in some countries in the 19th century as a schooling aid for education. Doesn’t sound like much fun does it!

The modern entertainment game of bingo we know today started in the USA. Initially, it was used there as a means of raising funds for good causes and was first played with beans. Hence the reason the Americans called it ‘Bean-Go’. That then became ‘Beano’.

Then a very smart businessman from New York City saw the potential to make some money from the game. He employed a maths teacher to create more bingo cards using a unique maths formula. It was rumoured that the maths professor went barmy from creating 6000 variations of bingo cards.

Which is not surprising considering this was in the days before computers! As a result of his hard work, there was just now just one winner per bingo game. Which was a significant improvement because prior to that bingo cards could generate numerous winners. That of course, reduced the prize money and made the game less appealing.

Bingo In The UK

The game of bingo evolved in the UK when Eric Morley brought it across the pond in the early sixties. Morley had been in the US, presiding over the Miss World show. He saw bingo as an opportunity to fill the United Kingdom’s dance halls that had been largely abandoned since the rise of television.

Bingo was seen as a great way of getting the community back out of their homes again to socialise. Plus it really helped that there was also moderation of gambling laws in the UK. The brand name Morley gave his new bingo company was ‘Mecca‘ and it led the bingo trend that swept the country, and is still sweeping today!

The brand name Mecca Bingo became one of the most recognised in the UK. Even the bingo callers became so well-known and there is still a contest to find the best Mecca Bingo caller in the country.

The 1980s saw a new era for bingo. With purpose built up to date bingo halls springing up around the country, and the popularity of the game just kept growing. In 2006 more people in the UK went to bingo halls than to football games. More than a decade on and bingo is just as popular, though now it is mostly played online.

Bingo Online is the most recent version of the game and has taken the country by storm. The UK has one of the biggest online bingo markets in the world with tens of thousands of us playing every day. Mecca Bingo is a remarkable bingo web site and was one of the first to go online in the dawn of the internet.

Mecca Bingo constantly evolves and updates to meet players needs. There are simply loads of games on offer across more than 20 bingo rooms. There are nine 90-ball rooms, four 75-ball rooms, and one 80-ball room. And that doesn’t even include the numerous Special Bingo rooms on offer. Fancy Emoji Bingo, BOB or Britains Got talent Bingo? You’ll find them all at Mecca online.

And not content to have one of the most extensive ranges of online bingo games, Mecca is also home to over 160 different slot games. 34 of them even have daily jackpots!

Mecca online is pretty much all you could ask for, including a welcoming online community and moderators to help you with anything you might need! plus they have developed the Mecca Bingo App which is a must-have on your mobile device. Never miss your favourite games, the big jackpots or offers again. It’s available for both Apple and Android so you can play bingo on the go.

Registration is genuinely easy, and the webpages are bright and appealing. So what are you waiting for – visit Mecca Bingo today! 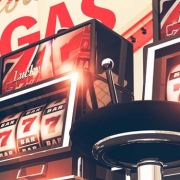 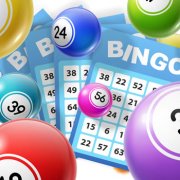