Over the last few years, Texas Hold ‘Em has become the most popular version of poker online. However, there is an alternative version called Three Card Poker which is a slightly simpler way to play poker. But just how do you play the game?

Three card poker, or Tri card poker as it is also known, was invented by Derek Webb in the 1990s. Webb’s aim was to create a poker inspired game that was faster paced.

When creating the game, Webb had three main aims. The rules needed to be easy to understand as this would help the game grow. It needed big payouts to attract new players. And finally, a house edge large enough to attract casino owners.

The game was first taken on in a casino in Mississippi. Webb struggled to sell it to other casinos and had to train dealers himself in Mississippi. But the game’s popularity grew and after a successful period in America, three card poker was introduced in the UK in 2002.

It is unlike other variants of the poker game in that it is essentially made up of two distinct games – ‘Pair Plus’ and ‘Ante and Play’. Players bet on either or both before the deal commences and may vary the size of each bet independent of each other.

In each of the games, the player is dealt three cards. Pair Plus is the simpler of the games, involving no necessary skill on the player’s behalf. You don’t even have to beat the dealer’s hand.

The outcome of the game is purely dependent on the hand rank of the player’s hand, whether or not you get dealt winning cards. So to play, you simply make a bet in the Pair Plus field and examine your three cards.

The values of certain hands differ from traditional games of poker. Most notably, a straight is superior to a flush, which is because a flush has a probability of appearing 4.95% of the time, which is greater than that of a straight.

Ante and Play is the second game in Three Card Poker and is a bit more challenging than Pair Plus.

Before any cards are dealt the player places an Ante wager. Three cards are then dealt both to the player and the dealer. The player then has to decide whether to fold or raise by putting a second bet in the ‘Play’ area.

If the player folds then all bets made are lost, including the Pair Plus wager. If the player raises, then play goes to the dealer, who now has to show his cards, and the hands are compared.

For the dealer to qualify he has to achieve a Queen high or better. If the dealer doesn’t qualify, the Ante bet is paid off at 1 to 1 and the Play bet is returned to the Player.

Finally, if the dealer’s hand qualifies but the player and dealer tie both the Ante and Play wagers remain unaffected (push).

The Ante bet has a special bonus which is independent of the dealer’s hand. Typical payouts for the Ante bonus are Straight Flush: 5 to 1, Three of a Kind: 4 to 1 and Straight 1 to 1.

Six card bonus is a pay-out bet on a combination of the dealer and the player’s hand. The best 5 card poker hand that can be made. The pay-offs for this version vary based on the hand that is made.

Three Card Poker, like most casino poker games, is simple to play. However, is difficult to win at it consistently. It’s a great game if you are new to gambling, as it gives you an idea of how things work.

With Three Care Poker there is also the added advantage of the house having a low edge of 2.5%. 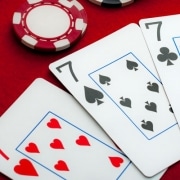 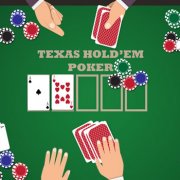 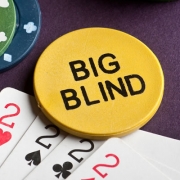