The man who changed mixed marital arts forever and one of the most recognised heroes in the world. Bruce Lee is the man who will be helping you find the big wins in this WMS slot game but don’t worry, you don’t have to jump around like him to be successful. Players will get the chance to honour the legacy of the man who changed MMA forever and this game is no better way to pay tribute to the impact he made.

The slot game proved to be a massive hit in land-based casinos, so it was hardly surprising to that it had made the transition to online slots. Like the Agent X slot, this game has been perfectly recreated for online use, so you won’t find any bugs hiding in this spectacular slot game. The Asian influence and kung fu fun is strong in the game and the theme is carried throughout. It won’t take long before you master it and begin to tame the jackpots and bonus rounds.

The rules of the game are clear and nowhere near as complicated as some of the stunts and acts Bruce Lee used to perform. Despite the unusual set of reels, the objective is still to land 3 or more matching symbols on adjacent reels and the symbol must line up against 1 of the 60 paylines. The size of prize that players will win is determined by the amount of money wagered per spin and bets can range from £0.01 to £60. The value of the symbols will also affect the size of payouts, as well as how many of them appear in the combination.

The unique style of the game is what really makes this game great, as Bruce Lee was one of the most distinctive characters in the world when he was most famous. There are various different things in the game which represent the type of person Bruce Lee was, as an actor and a human being. The different symbols in the game are mostly related to his career as a MMA fighter though and maybe some props from his movies. Look out for nun chucks, swords and blades appearing on the reels, as well as Bruce Lee himself, performing his world famous head kick.

The Bruce Lee symbol, which is the fighter’s face alone, on the reels will act as the wild symbol for the game. This will give players the chance to link up more winning combinations as it will act as a substitute for all symbols, except the scatter emblem.

With the wild symbol on the reels players have lots of chances to win, although the scatter symbol will provide more opportunities to win. The free spins feature will come out of the chest (the scatter symbol) to reward you. The way to activate the free spins bonus is very elaborate, but can be easily understood in the information section. There will be free spins and expanded wilds flying around the reels, as well as some famous Bruce Lee kicks! 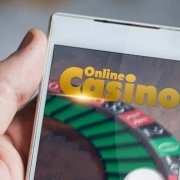 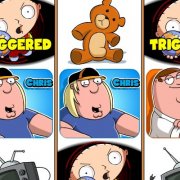 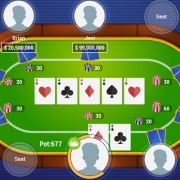 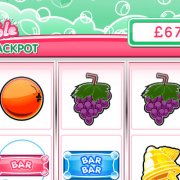