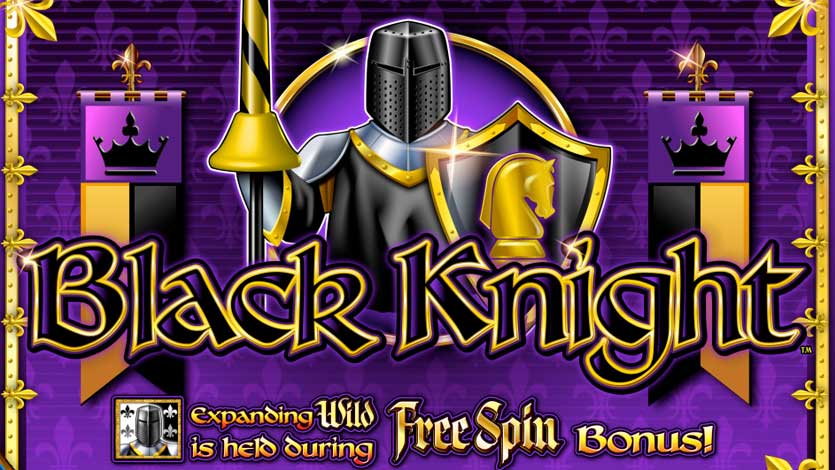 Everyone knows about the mighty Black Knight. He is the mysterious character who plagued various fantasy characters throughout history. Think of him as the medieval equivalent of the boogie man, rarely seen but when he is he’s absolutely terrifying.

Now he has been turned into the brilliant Mighty Black Knight slot game over at Mecca Bingo. This medieval-themed slot game puts you deep in the ancient Arthurian legend as you’re placed in front of a slowly sinking sunset that cascades beautiful colours across the sky.

A dark castle is silhouetted in the background and in the foreground is the game. Golden gilded symbols are used alongside characters like queens, kings and jesters. There’s also an image of the rather imposing Mighty Black Knight himself making an appearing as this game’s Wild symbol.

Thankfully, you won’t have to worry about mounting a horse and riding into battle against the Black Knight! The slot game is much better fun than that and is actually pretty easy to play.

There are 5 reels and between 10 and 100 paylines to help create winning combinations. The minimum cost per spin is 10p but if you’re a feeling flush, the game can be played for a maximum of £250 per spin.

While there is no progressive jackpot, there are a couple of bonus games that unlock more paylines. The idea is that when you unlock them you substantially increase your chances of winning.

This is the bonus game where you get to play over 100 Lines for potentially big wins. Though I should point out that lines played in the bonus round are equivalent to how much you spun for in the first place. So if you play for 10p and 10 lines and you trigger Mighty Reels, it only doubles to 20 lines. This continues to 50p that will trigger 100 lines in the bonus game.

This feature also gives you a chance to trigger the expanding wilds feature.

And not only that but landing on three or more Bonus Symbols will trigger Free Spins. In this game, the bonus symbol is a golden Knight from a chess set. Land on three of them for 8 free spins, four of them for 12 free spins and five of them for 20 free spins.

The wild symbol, which is the Mighty Black Knight, triggers the Mighty Reels. The portcullis opens and Knight rides in and the lines double.

This is definitely not for the faint of heart. The game is made up of five linked spins and all spins use the full 100 lines. It comes with a hefty price tag though.

Big Bet will set you back £30.00 per game, but on the upside, all of the lower symbols are removed from the reels. It also has the added benefit of expanding the reels if any part of the Wild symbol is in view. And you can trigger free spins in it.

Mighty Black Knight is an easy game to play, if not a little complicated to understand. It is almost entirely centered around how much you pay per spin. The more you play for, the better the rewards. So in that respect, it’s not great for those who like a few cheap spins in between Mecca Bingo games.

However, if you enjoy medieval settings and slot games then you’re going to adore the Might Black Knight game.