Online slot machine games are a great way to experience the fun of gambling from the privacy of your own home. Most games feature a “free to play” option as well as the option to deposit real money. Depositing real money gives you a chance to win back money or to lose it all.

One of these games is the “Million Pound Drop Slot” game at the “Paddy Power Games” website. This is a spin-off of the “Million Pound Drop” TV show. The game show features players placing money on trap doors based on a question. Each trap door represents a question. Players start with a million dollars and hope to keep as much money as possible. How does the slot game tie in with the show? Is it worth playing apart from the show? Let’s find out.

The control in the game is done via the mouse. Players click on the machine game buttons to set their bets and spin the machine. Buttons include “Select Number of Lines” “Select Bet Per Line” “Play” “Autoplay” “View Paytable” and “Sound On/Off.” Most of these buttons are self-explanatory.

However, “Autoplay” and “View Paytable” take some explanation. “Autoplay” lets you select the number of automatic games you want to run. The game will automatically bet a set number of money for up to 25 different games. “View Paytable” shows you all the possible winning combinations and explains the bonus play features. These options are nice for those who are just starting the game.

The game play doesn’t really resemble the game show at all: it is a slot machine, not a game show with trap doors. However, it does faithfully display the show via its graphics and sound. The graphics are very strong for an online game. They are not going to win any awards or compete with the major league game companies but they are solid, colorful and reflect the show well. The sound is similar in quality. Many sound effects associated with the show are included, such as the trap door opening. The background music resembles the music from the show. All in all, a solid presentation.

Players that are looking for a game that replicates the gaming style of “Million Pound Drop” may be disappointed. However, many players may be drawn into the game due to the bonuses. These bonuses are activated in many different ways. For example, the “Expanding Wild” bonus is activated when a “Golden Bar Symbol” appears on the third reel of the game. Four symbols will then appear to “fall through a trap door” and will be replaced with wild symbols. Any winnings will then be granted based on these changes.

All in all, “Million Pound Drop” from Paddy Power Games is a solid slot machine that has a lot to offer slot machine fans. Fans of the show will appreciate the visual and aural effects while slot machine enthusiasts will love the chance to win money and rack up major bonuses. Try it for free today. 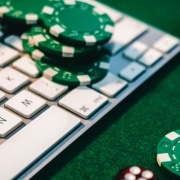