Ancient mythology is rife with many famous tales but there no proof to show that these events happened, until now that is. One of the most famous stories ever in about King Midas, and players who have studied ancient history or who are fairly knowledgeable, will know the famous story. Everything he touched would turn to gold, doesn’t sound like a bad thing does it? Well at the start it was classed as a miracle, however as time wore on Midas knew that this was a real tragedy but will the fates be different for you?

What history may not suggest is that King Midas had a daughter, Miss Midas, who also inherited this power which was bestowed upon her powerful father. Miss Midas though, managed to cope with it and soon become a powerful princess in the kingdom and it also led to the creation of the Miss Midas slot by NextGen. This game will take players to a room inside Miss Midas’ castle, where you will see a typical 5 reel slot game, with some very special features. Can you turn these reels to gold without succumbing to the powerful curse?

The rules of this game are very simple and are the same as any other NextGen game, as players must simply create winning combinations of symbols across the 5 reels. The matching symbols must also line up against 1 of the 29 paylines in the game. The size of your prize will depend on which symbols appears inside the gold plated reels, with all different symbols representing different values.

The various symbols you will see in the game display the level of wealth which Miss Midas has at her disposal. Look out for Miss Midas also appearing on the reels, as she will act as the wild symbol, substituting for all other symbols in the game, except the scatter, and her touch will be golden. She’ll pop onto these reels to make your jackpots bigger and even more frequent than you could have imagines.

Also in the game is the famous Super Bet mode which we see in many of the modern NextGen games. The Super Bet is an enhancement of the reels, which will cost a little extra, but will ultimately increase the chances of finding a win in the game. In the Miss Midas game, the Super Bet will enhance all standard symbols but not the playing cards. Every time which Midas touches them with her wild symbol they will turn into wild symbols them, giving you more wilds to play with on screen.

The Rise Of 3D Roulette 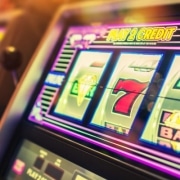