Slot machines can be very fun to play, but also very confusing! Here we give you a quick guide on how to play slots.

Originally, casinos introduced slot machines in a bid to keep wives entertained while their husbands were off doing some serious gambling. Things have changed somewhat in more modern times. Slot machines now account for 65-80% of all casino revenue, equally popular with men and women.

They prove so popular due to the instant wins they provide, the ease of play and the lack of rules or complicated strategies. They’re even more popular now that you can play them online!

The first thing to really reinforce if you are new to playing slots is that they are not rigged or set up to make you fail. The payouts are randomly generated which means that each spin of the reels has an equal chance of striking a big win. Before you start playing however there are some things you should know to ensure you are more likely to have a win!

While they all look pretty similar – flashing lights, a handle, coin slot, reels and pictures of fruit, it is worth bearing in mind that not all slot machines are the same. There are several types of games. The first being a ‘multiplier’.

This pays out for a certain symbol, with the number of coins you play multiplying the payout. For example, if the game pays out five coins for three cherries when you have played one coin, then it would pay ten for the second coin and fifteen for three coins played.

This type of game does not, however, penalise you for not playing the maximum amount of coins. You should use this type of game if you only want to play one coin at a time.

A multiple pay-line simply means that the game has more than one line of play. Some games could have up to twenty, for example on Jackpot Joy’s Deal or No Deal. You play per line meaning that if you play and a particular line turns out to be a winner, but you haven’t bet on it, then you won’t win anything for it.

‘Buy-a-pay’ games tend to confuse a lot of players. The one thing to remember is that you should never play these games without taking the maximum bet. The number of coins bet is tied to certain symbols, of which there will undoubtedly be a wild or jackpot symbol.

These will need the maximum bet to be placed in order to be activated. If it isn’t and you get all the right symbols to match up, it will be as if your jackpot never happened. You can imagine the disappointment!

Progressive slot machines are where the jackpot continually increases in size depending on the amount of money being bet by players. A percentage of the money played is added to the jackpot. To be in with a chance of winning it you will more than likely have to get through to the games bonus game. Though this isn’t always the case.

There are two kinds of progressive jackpots, single and multiple. Single progressive is where the jackpot increases from the spins on one machine and can only be won on that machine. A multiple progressive will involve several machines.

You may spot this on the Marvel slot machines that share one giant progressive jackpot. If it’s won on a particular game, the jackpot is reset on all of them. Which game is anybody’s guess!

Always remember before starting to play any slot game, to read the instructions!

CLAIM NOW
1) To take part, you must register via the registration code PGCTV1 and opt in. 2) Get SMS-verified by supplying a valid telephone number. 3) Enter the validation code received by SMS to redeem the free spins. 4) Free Spins are valid on any of our Daily Jackpot games. 5) Free Spins will expire in 7 days from receipt of the offer. 6) Average Daily jackpot amount calculated between 01/04/21-12/08/21.* 18+ begambleaware.org. #ad. Please bet responsibly.

6 Lesser Known Casino Games that are Worth Playing 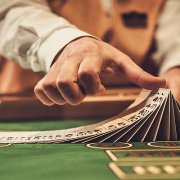 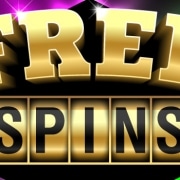