What is your lucky number? Most people have one, some people have several. The Chinese have built a whole culture around them. Fortunes have been won and then lost again by trusting in them.

Lucky numbers seem to play a major part in our lives whether we are superstitious by nature or not.

In general, we pick lucky numbers in a random way. We think of a special date, the number of the first house that we lived in, even our shoe size. But whatever method we choose almost all of us are believers in numbers and their luck – or lack of.

The majority of us don’t even know how they came to choose their lucky number in the first place. They seem to just turn up becoming part of our personalities through some sort of mystical numerical osmosis.

The number seven appears to be the most popular and universally held lucky number. It holds real significance in our world, popping up in terms and folklore all over the place.

We have the seven-wonders-of-the-world, seven deadly sins, seven virtues, seven seas, seven days of the week, seven colours of the rainbow, seven dwarfs – the list appears to be endless.

Perhaps the number seven’s importance is because almost every culture attaches religious significance to the number.

Buddhists believe in seven reincarnations, the Torah mentions that the Sabbatical, or holy year, occurred every 7 years and the Israelites were told to march around the walls of Jericho seven times to bring the walls tumbling down.

In the New Testament a disciple asked Jesus, “How many times should we forgive our brethren?” and Jesus replied, “seventy times seven “.

The ancient Greeks considered the number seven to be lucky, believing it to be the perfect number and the Arabs built and worshipped within the seven holy temples.

The Goths worshipped the seven deities and even the Scottish Masons wore aprons which were made with seven tassels dangling from them.

They even have their own comedy troop of seven lucky gods. There is the Shichi-fuku-jin, who are often portrayed riding around together on a treasure ship carrying all sorts of magical items including an invisibility hat, rolls of magic brocade, an inexhaustible purse, keys to the divine treasure house and a lucky rain hat.

Of course, not all cultures view the number seven as being quite as lucky as we do in the west. In China, the number seven is considered as a spirit or ghostly number and the seventh month of the Chinese calendar is the ‘Ghost Month’.

During this time the gates of hell are said to open to allow ghosts and spirits to visit the living realm. Even so, the seventh day of the seventh month is Chinese Valentine’s Day and in most Chinese regions the number seven remains neutral or at least associated with good luck.

Of course, the number eight wasn’t so lucky for Nick Leeson when he set up a secret account with the number 88888 in an attempt to hide the loss of £827 million from his employers, Barings bank, in 1995.

Leeson served more than three years in a Singapore prison for forging documents and deceiving the bank’s auditors and the bank was brought down!

One theory as to why this should be so is that these cultures use lunar-solar calendars with around 12.41 lunar cycles per solar year, giving 12 ‘true months’ plus a smaller, and often negatively viewed, portentous, thirteenth month.

Number thirteen even has its own phobia – Triskaidekaphobia. Sufferers of triskaidekaphobia try to avoid bad luck by keeping away from anything numbered or labeled thirteen.

As a result of this fear, many companies and manufacturers use another way of numbering or labelling to avoid the number. Often hotels and tall buildings have no room thirteen and no thirteenth floor, and restaurants never seat thirteen guests at a single table.

Many of us dread Friday the 13th expecting the worse to happen. And certainly, there is some evidence to suggest that accident rates rise on this date. However, that’s probably as a result of some kind of self-fulfilling prophecy.

Of course, there are always some of us who want to buck the trend and several successful sports figures have worn the number thirteen.

In America Ozzie Guillén, manager of the 2005 World Series Champions the Chicago White Sox, wore the number throughout his baseball career and basketball player, Yao Ming, wore it in the 2008 Olympics in Beijing.

Country singer, Taylor Swift, is known for her lucky number which is thirteen. She was born on the 13th of December, thirteen is printed on her perfume, and she even writes thirteen on her body before going on stage each time she performs.

The Italians also consider thirteen to be a lucky number. Although in Campania the expression ‘tredici’ (meaning thirteen) is said as an oath when somebody considers their luck to have turned for the worse.

How many of us have chosen our winning lottery ticket lines with significant or lucky numbers from our lives? And just how many people when asked for their lucky number, even hesitate?

It may be seven or nine, twelve or twenty-two, but whatever we choose as our lucky number let’s hope that it brings us all just a little luck.

50 FREE SPINS – NO DEPOSIT, NO WAGERING – WINNINGS PAID AS CASH

CLAIM NOW
New customers registering with code CASF51 only. Free spins valued at 10p. After you’ve played your initial free spins, opt in, deposit and play £10 on Daily Jackpot games to get an additional 50 free spins. Reload the game to get your free spins. Deposits made with e-wallets are not valid for this offer. Full T&Cs apply. 18+ begambleaware.org. #ad. Please bet responsibly.

How Well Do You Know Bingo? Put It To The Test 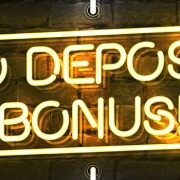 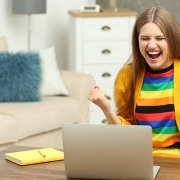