One of the great things about no-limit Hold’em is you have the opportunity to make a bet of whatever size you would like. This gives you plenty of freedom to control the game. Plus it also allows you to dictate the odds your opponents will be taking if they elect to call.

I am an advocate for making standard raise sizes preflop in order to completely mask the strength of your hand. However, I also believe that you should be making different sized bets on later streets. Primarily they should be based, not on your hand strength, but on the texture of the flop.

When discussing flop texture, two terms are generally used. If a poker flop, or board, contains a number of possible draws it is often referred to as being wet. But one containing no or very few unlikely draws would be called dry.

A typical wet flop would be one that reads Kh Qh Js but a dry flop would look something like Kh 7c 2d. You can make a lot of hands from the first example, not so many from the second one.

Bets made on dry flops could and should be smaller than those made on a wet flop. This is because on dry poker flops it is usually a case of hit or miss. Your opponent will have either hit the flop hard or completely miss it. He will miss more often than he hits so it makes sense to bet smaller and put fewer chips at risk.

Quite the opposite is true of wet flops, which require a larger bet than their dry counterparts. Poker strategy suggests that wet poker flops are much more likely to have hit your opponents in some way. Even if they have not paired either of their hole cards, they could have picked up one of a number of draws so you risk being outdrawn by the river.

Bet enough to give your opponents insufficient pot odds or implied pot odds, often with a ¾ or pot sized bet. It is a much better idea than betting a smaller amount as your opponents will be forced to pay the maximum for their draws. Hopefully, this will lead to them making a mistake in the process.

The next time you sit down to play cash games or a poker tournament take extra notice of the texture of the flop. Even if you are not involved in a hand, think of an amount you would and would not call based on cards you could be holding. Doing this will help you to decide how much to bet on both types of boards when you are next in action yourself.

The only real way to fully understand the strategic way to bet, based on the board, is through practice. Play at very small, low-limit tables and take the time to sit out some hands and consider how you would play them based on what you see. The more often you do this, the faster you will be able to make decisions. That way you won’t look indecisive and instead come across as a confident player, not to be messed with! 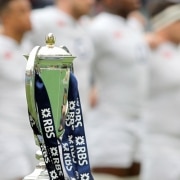