The poker gap concept was first introduced by the professional poker player, and respected gambling author, David Sklansky. A player needs to have a better hand to call a raise, than they would require to open the action with a raise themselves.

The concept also shows that by calling, a player only has one way of winning a pot. That is by having the best hand. But a player who raises has two as he can win with the best hand or cause opponents to fold and win the hand immediately.

Most solid players are aware of the poker gap concept. But there are many that are unaware that the gap can increase or narrow depending on their opponent’s playing style. Or which position the raise came from, the stage of the tournament or a player’s stack size.

Continually folding when an opponent raises is not how to play tournament poker successfully. Instead, you need to make a judgement of your hand strength in relation to the factors mentioned above.

Consider the player who only plays a few hands very strategically. If the player opens during the early stages of a tournament, from early position, you should only play your very best of hands. That is because the gap will be very wide. It is wide because you are risking a large stack of chips by calling the raise.

And a tight player in early position is unlikely to be raising weak hands. After all, their raise has to make it through the entire table. And each player left to act could potentially hold a better hand. So it is a bold and confident move. But one that also can be used sparingly as a bluff.

In this scenario, you should probably fold most of your holdings. But there are exceptions. Consider playing, and re-raising, with queens, kings, aces and possibly suited ace-king. An early-position raise holds a lot more weight than a late-position raise. That is because it needs to beat more players.

However, if the same player open-raised from the button you can play back with a much wider range of hands. Raising standards will be much less when your opponent only has the blinds to get through with his raise.

Likewise, if your opponent is loose and has been raising many hands preflop this means the gap is narrower. You can start to call him with less than premium holdings as many of them will be in front of his range. It is also a good indication that the loose player is bluffing a lot.

He essentially trying to force players out of the hand and win the blinds. This will work occasionally. However, loose players are often just trying their luck. Better hands will beat them more often than not.

This also goes for the latter stages of a tournament when players begin to raise much more lightly in order to steal blinds and antes.

The poker gap concept is a strategy that needs to be fully understood. If every time a player raises in an early position compels you to fold, then you’ll be out of the game very quickly. Read up on Sklansky’s method and make sure you understand that it’s more than needing the best hands. 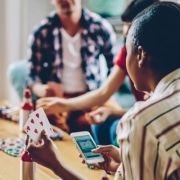 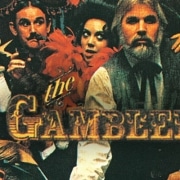 Both Teams To Score BTTS Bet Guide
Scroll to top