Horse racing is a sport steeped in history. While many things in racing have changed over the centuries, the Sport of Kings still retains many antiquated traditions. As a result, we still measure race distances in furlongs. That was originally the length of the furrow in a one-acre ploughed field. And, of course, we still have the sale of horses using Guineas. So why are horses still sold in Guineas? Let’s find out…

WHAT EXACTLY IS A GUINEA?

Guineas were gold coins minted in the United Kingdom between 1663 and 1813. Originally they were worth one English pound, equal to twenty shillings. However, as the price of gold went up, the value of a Guinea increased, at times up to thirty shillings.

The name came from the Guinea region in West Africa, where the majority of the gold used to mint the coins originated. In the Great Recoinage of 1816, the Guinea coin was replaced in Britain with the pound and Sovereign gold coin. Despite this, for a long period afterwards, lawyers, doctors and other professions continued to charge in Guineas.

These days the term ‘Guinea’ is really only used in horseracing as well as in the sale of some livestock such as rams.

HOW MUCH IS A GUINEA WORTH TODAY?

Today, you can still see the purchase price of a horse quoted in Guineas, although no real gold coins change hands during transactions. For the purposes of buying and selling horses, a Guinea is worth one pound and five pence.

However, a seller at the auction will only receive £1 pound per Guinea for any horse sold. The remaining 5p on every pound will be taken as a commission by the auctioneer. The practice still remains in some auction rooms but these days most leading bloodstock auctioneers quote prices in £ sterling – although the 5% commission remains!

The value of a Guinea today can be worked out in two ways. Firstly you can value a real Guinea coin. Many of these old coins have a value well beyond the gold they contain. R. Ingram, a dealer in Antique coins has a rare example listed for sale at £26,000. The second way to value a Guinea is to work out the value of the gold in the coin. We know a Guinea is 22-carat gold coin and weighs 8.3g, at today’s gold price that would be worth around £300.

So why do they still sell horses in Guineas? Well, it’s the gentleman’s way of saying “Don’t forget to add my commission!”.

The use of ‘Guinea’ in racing titles is common. Great Britain, Ireland and Australia all feature races which bear the name ‘1,000 Guineas’ and ‘2,000 Guineas’.

The 2000 Guineas Stakes was first held on 18 April 1809 and is open to three-year-old thoroughbred colts and fillies. Run over a distance of one mile, it is also the opening leg of the Triple Crown. The race is followed by the Derby and St Leger, although the feat of winning all three is rare. The most recent winner was Nijinsky in 1970. 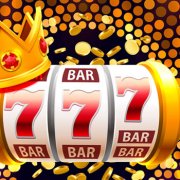 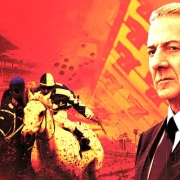 Can Anyone Make A Casino Pay?
Scroll to top