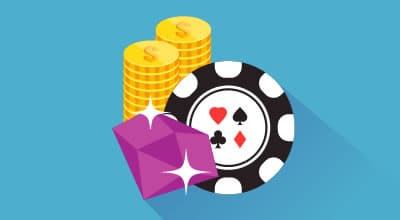 Millions of gamblers visit land-based casinos as well as their virtual counterparts daily. And while most avid gamblers generally stick to popular games like Slots, Roulette and Blackjack, there are so many other games that are worth playing too.

Below we go through a few lesser known casino games that are worth a trip to the casino. Have a read through our article, then opt to play something different at any casino of your choice that plays host to these games.

If you’re a fan of dice games that are found at the online casinos USA, you’ll be glad to know that you’re not simply limited to the popular dice game, Craps. There are other dice games out there too that can also bear much fruit.

One such lesser-known casino game that’s definitely worth playing is Sic Bo. The game stems from the Chinese domino game and there are a number of different bets you can make on the table. The domino game is played using 3 dice and a shaker.

Caribbean Stud Poker is a game that was born on a cruise ship in the Caribbean. The Poker variant, which has a house edge of 5%, bears similar rules to those belonging to 5-card stud poker games while also incorporating its own unique twists.

The primary differences between this game and poker are that there is no bluffing when it comes to this game and that the player plays against the dealer rather than other players in the online version of the game. Typically, a game of Caribbean Stud Poker commences when the player places a bet on the table’s betting spot and presses ‘Deal’.

The dealer then proceeds to deal out 5 cards. In order to win, the player must beat the dealer’s hand with a higher hand ranking.

Known for its slow rate of play and lots of pushes, Pai Gow Poker is another game that is lesser-known than more popular games out there like Blackjack, Roulette, and Slots.

The game is but another casino version of Poker which was created as a result of mixing Poker rules and the Chinese domino game, Pai Gow. One of the reasons, you should give this game a shot is definitely its low house edge of approximately 2.9%.

The game is played using a deck of 52 cards plus one joker. During the game both the player as well as the dealer are dealt 7 cards each which are meant to be split into 2 different hands; a high hand and a low hand.

Casino War may not be as well-known as other card games that are typically played at casinos worldwide, but is surely one of the easiest around. It has an approximate 46.3% chance of winning making it attractive for a lot of players.

The even-money game is based on the game of War and has really simple rules. Casino War is played with a deck of 52 cards. Each card is ranked in numerical order with the exception of Aces, which are the best cards you can get throughout the game.

Provided that the player manages to tie his/her hand with the dealers, he/she will then burn 3 cards from the pack. After, he/she will deal out another card.

British Pontoon, not to be confused with its Australian cousin, is a table game which stems from the classic table game, Blackjack.

Although the game, which can be found at many online casinos UK has more or less the same rules as the beloved game of luck and strategy, it does have different rules and lingo such as the terms Twist (hit), Stick (stand) and Buy (double bet). So make sure you’re well acquainted with both before you start playing this variant.

The aim of game, however, is basically the same as the one in Blackjack – to beat the dealer’s hand without going over the score of 21 by acquiring the best hand possible of the highest ranking hand which in this case is a Pontoon.

Although 3-card Poker was invented in the mid-90s, it really didn’t take so long to become popular at casinos around the globe. The game, which has a house edge of under 3%, was invented and patented by a man named Derek Webb who was keen on creating a quick version of casino Poker for gamblers to enjoy.

The rules of 3-card poker are very simple, to say the least. Basically, in order to start off the game, a player must place the ante in the betting spot provided.

After this is done, the dealer then proceeds to give out three cards to the player and to himself. Players then have a choice to continue playing the game using the cards they’ve been given by pressing ‘Deal’ or fold their hand. Provided that the player folds, his/her bet will go to the house. In order for the dealer to be able to play, his hand must be a Queen high or better for the dealer hand to play.

Provided that the dealer does not play, the wagers are paid 1:1. However, if the dealer does play and he manages to win, the bets placed during the game will go to the house. 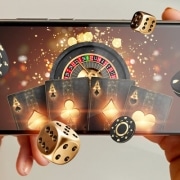 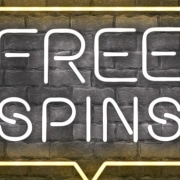 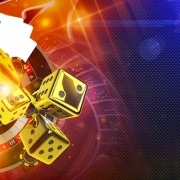 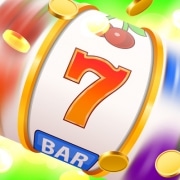 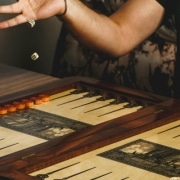 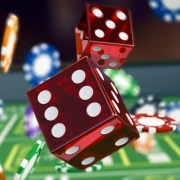