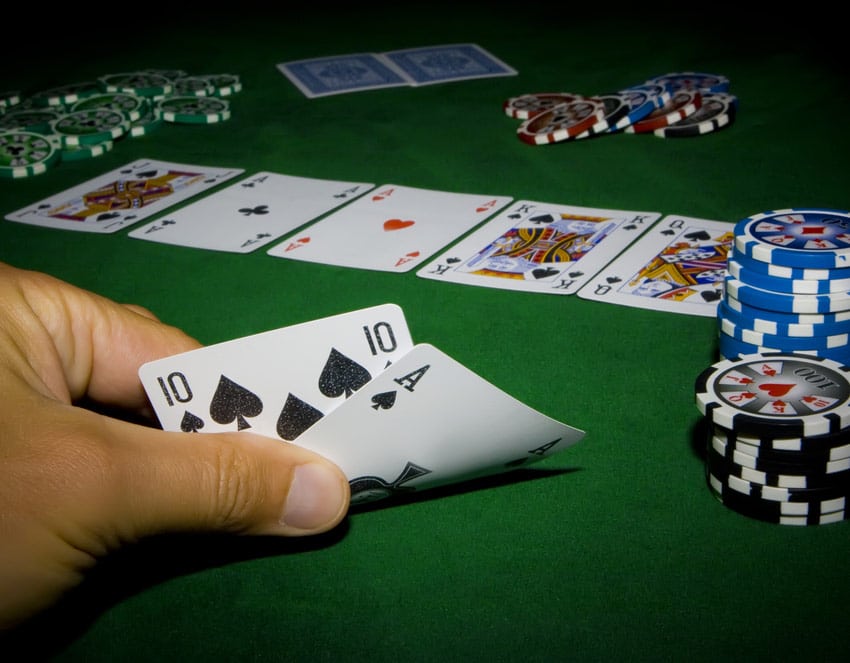 Despite the phenomenal growth in online poker, did you know that game actually originated nearly a thousand years ago? Historians have traced the roots of the game all the way back to the 10th century domino card game played by a Chinese emperor.

Poker underwent several changes over hundreds of years and eventually became ‘Poque’. It was a game played with three cards and bluffing formed an integral part of the game. The French then brought the game to America and by 1834 the modern game had been invented featuring a five-card hand and a 52-card deck.

Despite its huge popularity, it wasn’t until the age of the internet that Poker became a game available to the masses, any time, day or night. The game had largely been confined to professionals but in 2003, Chris Moneymaker qualified for, and won, the World Series of Poker.

What makes this stand out, as a pivotal point in history, is that Moneymaker qualified as an amateur through an online poker tournament. His rise to superstardom was followed by an unprecedented rise in the game online.

Sixteen years later and every bookmaker in the land has a live casino where you can play poker. There are even specific rooms that you can learn the ropes without fear of being hustled by far more experienced players.

But if you are still not sure exactly how the game is played then here are the basics for you to follow:

There are many different poker hands that you can have in the game. They also rank in value as follows:

Royal Flush
This is the best hand that you can have. Ace, King, Queen, Jack and 10, in any suit but must be all the same suit.

Straight Flush
Any five sequential cards of the same suit.

Full House
This is where you end up with three of a kind plus a pair. So you may have K-K-K and 2-2.

Flush
This is where you have five random numbered cards but all of the same suit. So they must all be diamonds, clubs, spades or hearts but in any order.

Straight
Five cards in numerical order but all from different suits. You may end up with 7-6-5-4-3 but a mix of diamonds, clubs, hearts or spades.

Two Pairs
An obvious one. You have two pairs and a fifth card that doesn’t help form a better hand.

One Pair
Again, not a great hand when you only manage one pair. It does get better if it’s a high pair like Aces, not so good if the pair is two’s.

High Card
You essentially don’t have much to work with here. A high card may be an Ace or a King but that’s all you have. No other pairs or cards of value to make up a better hand.

So they are the basics of poker and learning about the hands that you need to form in order to play the game. For more strategies, to help you improve your game, check out our guide here.

If you’re interested in playing Poker at one of the most reputable online casinos, then Betfair Poker has a great welcome bonus for all new customers.

Don’t Bank On Away Teams To Win