We all know the classic tune ‘The Gambler’ by Kenny Rogers. You gotta know when to hold’em, know when to fold’em etc… Even Kenny knew that at the poker table the best you can hope for is to break even. Anything else is a bonus!

And while that may be one of the most famous poker songs, it certainly isn’t the only one. So what other songs have been penned that peak the gambling interest in all of us?

Personal favourites of mine include the classic track by Motorhead ‘The Ace Of Spades’ and Three Card Trick by British band The Clash.

The list is just a bit of fun and we’ve even added the videos to some of our favourites!

Poker Face – Recorded by Lady Gaga, Poker Face can be found on her debut album The Fame which was released in 2008. The song attained worldwide success, topping the charts in 20 countries and was the biggest selling single of 2009, moving 9.5m units.

Ace Of Spades – Motorhead loaded this song with great poker references in 1980. The lyrics are tricky to make out due to the heavy metal nature of the song but it’s still a gem.

Winner Takes It All – Abba may have been talking about love, or the ending of it, but at the poker table, the winner definitely takes it all. It was released as the first single from the group’s Super Trouper album on 21 July 1980.

The Jack – AC/DC recorded this all the back in 1975. The song tells the story of a promiscuous woman who hustles a poker game. At least in the original, it does. The lyrics have evolved over the years and many of the poker references have now been swapped out.

Luck Be A Lady – Recorded by the legendary Frank Sinatra in 1963, if anybody knew about gambling, it was certainly him. Though may famous by Sinatra, the song was actually written and composed by Frank Loesser in 1950.

House of the Rising Sun – The Animals may have made this song famous but it is actually an old folk song and nobody knows who wrote it. In their version, the song is from the point of view of a woman whose father was a gambler and drunkard.

There are so many other gambling-related songs that it is almost impossible to list them all. However, I’ve compiled a list of more below and will keep adding as time goes on!

For now, I will leave you with the single most famous song of them all… The Gambler by Kenny Rogers. Did you know that the England Rugby team used it as inspiration for 2007 World Cup?

The squad listened to it before taking to the pitch and Kenny Rogers even recorded a message for them saying “I don’t know a whole lot about rugby but it’s a song that means a lot to me and I’m mighty proud that you guys found something in it to be your inspiration.” 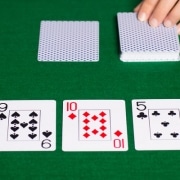 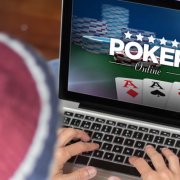