The term ‘trouble hand’ gets bandied about in poker a lot. Often these hands refer to personal instances when someone has a phobia of a hand due to a bad beat or a poker myth passed down to them.

But sometimes the term ‘trouble’ can genuinely be applicable as certain hands will get loads of players crashing out of tourneys time and time again.

AQ and AJ have always been the hands that cause trouble for beginners because they look prettier than they are. Any face cards and they’re in the pot like a shot! Unless you are heads-up or very short-handed, it is a good idea to treat AJ in particular as if it were A10 or A9, rather than AK. Take the initiative with the hand.

For example, by raising pre-flop, if you get called, you know that your opponent must have a fairly strong hand. A pre-flop raise that gets re-raised by an opponent could actually save you money too.

You can simply throw it away, rather than get drawn into an A high board nightmare against AK or AQ.

JJ is a hand that is obviously a great starting hand, but one which is very often worthless after a flop. Learning to get rid of JJ all depends on getting a read off your opponent pre-flop.

If you can do this, you can make the right play on the flop, but if you can’t and over-cards flop, get rid of those fish hooks. Remember; over-cards will flop over 50% of the time so be careful if you go to the flop with a tight player.

How To Avoid Trouble hands

Now, these “trouble hands” can be avoided in the early stages of tournaments. It is easier said than done because those cheap blinds are damn tempting. But stick with the biggies and resist the temptation to call a raise with KJ, only to hit top pair and end up losing all your chips against AK.

Other players will not be able to be as patient and controlled as you. As a result, there will be opportunities to cash in on opponents playing hands like KJ.

It doesn’t really need saying that this strategy changes when tournaments enter the late stages and chips are more valuable. Simply put, your range will have to widen and you may have to raise that K10 in late position when it folds round to you. 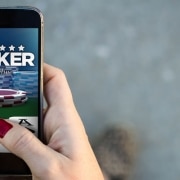 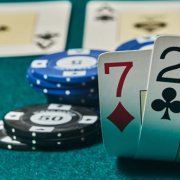 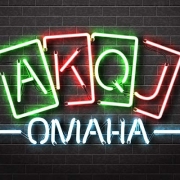