New Customers from UK & IRL only. Deposits made with e-wallets not valid for this promo. Bonus wagering x35 on eligible games. Winnings from bonus capped at £/€500. Spins available after bonus is redeemed/lost. Opt in required. Full T&Cs apply. 18+ begambleaware.org. #ad. Please bet responsibly.

There is nothing more satisfying than a good old scratch! And scratch cards have come along way in recent years. No longer are they confined to the newsagent or petrol station counter, you can now play them online too.

I bet you’re thinking ‘how do you scratch a card online’? Don’t worry you won’t have to rub the computer screen to reveal the prizes. You just pick up your virtual coin using the mouse and scratch away. Prize money on the cards varies from site to site, at Jackpotjoy Scratch Cards you can play from just 20p a card! The prize money on the 20p card is £200. Play the £5 card and you could a whooping £10,000. The cards at Jackpotjoy are just like the ones you buy in the shops – there’s even a virtual newsagent who congratulates you on a winning card.

If you’d like to know a little bit more about each site before you play then read the full review. Personally, my choice for the cards online is Jackpotjoy Scratch Cards –  they allow you to play a demo of the cards for FREE once you’ve joined. Happy Hunting!

Join Coral and get a generous new customer offer – join is easy and only takes a few minutes.

It’s amazing how quickly we forget that some of the things we take for granted today haven’t actually been with us all that long. Take for example scratch cards. It seems like they have been around forever but the reality is that the first mass-produced scratch card only hit the market in 1973.

They were created by a company called Scientific Games and their first game was called ‘The Instant Game’. It was very basic in its appearance and had five panels that could be scratched off with a coin.

The card was a huge hit and the company is still active today, creating instant win games across the world. So it was no surprise when scratch cards made their way to the UK in the mid-1980s. The jackpots started off quite small and were nowhere near as big as the ones we see today.

That changed with the creation of a state franchise the ‘National Lottery’ in 1994. For the first time, scratch cards were nationally distributed and the jackpots were the highest on offer anywhere in the country.

Today scatch cards are the UK’s second most popular form of gambling, with 12% of Brits buying at least one card every month.

ONLINE SCRATCH CARDS IN THE UK

It has been 25 years since the first online casino was launched in 1996. At the time it was home to just 18 games. A few years later, in 2002 Jackpot Joy launched in the UK. The online gaming portal was one of the first to offer scratch-off style games.

These early games were basic. Your mouse operated as a virtual coin and you motioned it back and forth to remove the grey panel. Simple but effective.

Technology has advanced a lot since those early days and now online scratch cards are incredibly interactive and as close to the real thing as you can get. They come at all price points and offer some staggering jackpots.

But even better than the graphics and glitz is the fact that if you win, you get the money instantly. No heading back to the shop to get the cash. Bonus!

HOW DO ONLINE SCRATCH CARDS WORK

The process is very similar to the real world. You go onto your bookmaker or casino account and head to the ‘instant win’ or games section. Like a store, you have a range of online scratch cards to choose from.

They all have different features, themes, and prices. You pick the one you want and buy it. Then you use your mouse to virtually scratch it off. You can also click the ‘reveal all’ button and the card will instantly reveal itself.

Depending on the style of the card there can be multiple ways to win. If you do win it will be announced on the screen. If you don’t you will get a message saying something like ‘better luck next time’.

Like a regular scratchcard, the online version will also have a win rate. To find it you have to click on the ‘i’ on the front of the card. This is where all the game information is. It is also where you can try the card in demo mode.

HOW TO PLAY SCRATCH CARDS ONLINE

Like all gaming and gambling, you first have to have an online account with a bookmaker or casino to buy an online scratch card.

Once you have your account, and money in it, you can browse through the selection of cards and pick the one you want to play.

The card will appear almost the same as shop-bought version. There will be multiple games on it and you use your mouse to scratch it off.

What makes the virtual cards different is the fact that can often offer bonus rounds. So for example on The Goonies scratch card on Paddy Power, there is a bonus round if you find three keys.

Price-wise, online is also better with cards offering a huge range of prices. So the same card can be purchased for as little as 10p all the way to £10. The more you play for the bigger prizes.

Formerly known as The Mercury Music Prize, it’s fair to say that the Mercury Prize is easily the most respected prize in the music industry.

Betfair (exchange) operates differently from a traditional bookmaker. The platform allows punters to back and lay (bet against) a horse.

In the U.K. over a third (36%) of the medal winners in the London Olympics came from private schools.

GG, GLA and ROFL, these may sound like random letters however, these are just some of the most used terms on bingo chat rooms today.

Having all the bingo knowledge in the world is great, but if you never test yourself then it counts for virtually nothing.

So if you’re a Mecca fan who just can’t wait for the evening session to start, then worry no more because now you can play Mecca Bingo games at home. 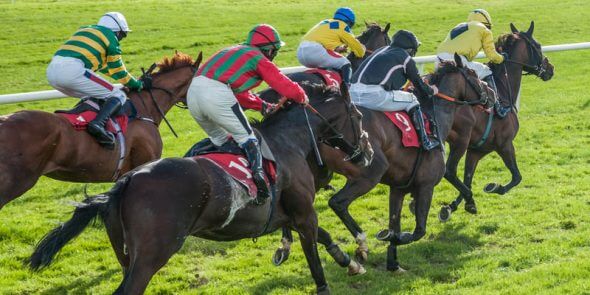 Top tier footballers are often paid ridiculous amounts of money each year. Sometimes it’s even when they are sitting on the bench.

Paddy Power Bookmaker is already one of Europe’s largest bookies. With its punter friendly cash back deals and ultra-competitive odds.

If a bet has caught your eye at 11/8 you must want to know how much you could win! Working out these kinds of bets is not as straightforward.