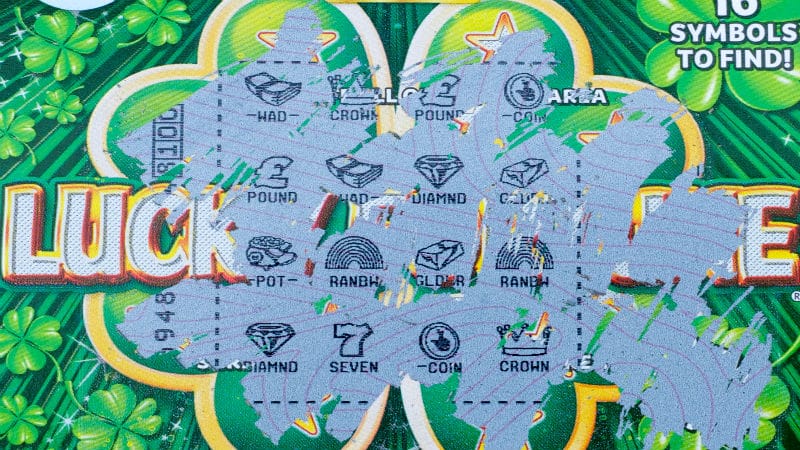 One lucky Cheshire man has landed himself the prize of a lifetime. Simon Rustage scooped the prize with a scratchcard that will give the father of two a huge cash lump sum into his account every year for the next 15 years.

The scratchcard, a Mega-Rich card that Mr Rustage bought from his local shop for only £10 will see 47-year-old scoop £250,000 a year straight into his account for the next 15 years. Already celebrating with his partner and a bottle of champagne, Mr Rustage told how his big win: “Still hasn’t really sunk in yet.”

Rustage told of how he bought the £10 card as an impulse buy after winning £120 the previous day on a football bet he had placed. He said: “I don’t normally buy scratchcards, they’re a bit expensive. But I won £120 the other day and I was feeling lucky.”

Mr Rustage scratched off his card there in the shop and couldn’t believe his luck when he had seen that he had won the top jackpot, joking Rustage said: “I had to look at it about 40 times.” The store’s owner, Baqar Hussain, 50 said: “He had to ask me if the ticket was genuine because he was so stunned that he had won.”

He continued: “He’s a great guy, everyone is happy for him.”

The cash Mr Rustage received from the cards was already deposited into his account on the same day after he came forward and claimed his prize. When asked what he plans on spending his new found fortune on Mr Rustage said he’s thinking about buying a season ticket to go see his favourite Rugby team the Warrington Wolves.

According to Mr Rustage he’s also considering buying a flashier car than his current Vauxhall Astra and is planning on putting away some of his money for his granddaughter and two other children he has from a previous marriage 15 years ago. His ex-wife Melanie Turner said in an interview that she was “slightly jealous” of her ex-husband’s big win.

Mr Rustage has also said that he has no plans to move to a bigger house in another area as his current £200,000 three-bed semi in Warrington that he shares with his partner Jacqui Webb and her two children, 8-year-old Megan and 14-year-old Nathan is in a “nice area.”

The Greatest Final Ever?

Pick Your Own MoneyBack Special
Scroll to top