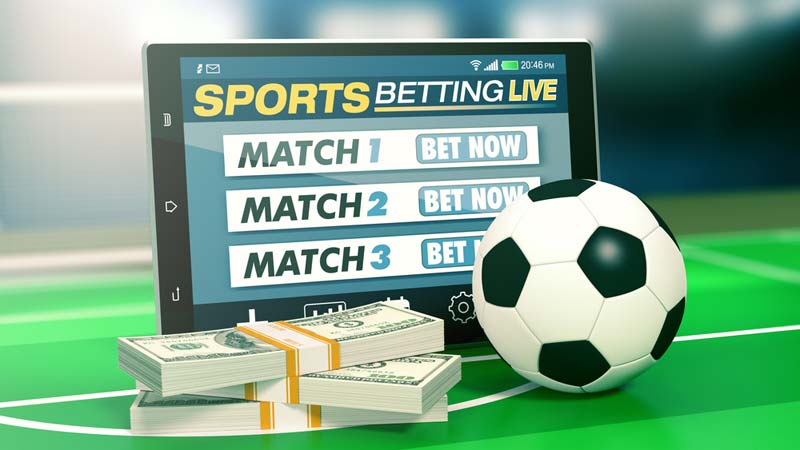 Betting on football can be a complicated business, with all the various options, the aim of my ‘Football Betting Explained’ guide is to help you understand the types of bet you can make on a football match. When I say football, I mean soccer, the game that’s played with feet, not American football.

Football betting is only just behind the horses as the nations favourite weekly punt. And most of the money bet goes on the Premier League and International matches.

Football betting is never straightforward. Remember the day League Two Newport beat Premier League Leicester in the F.A. Cup last season? Football games have a habit of throwing up strange results when you least expect them. So remember to bet with your head and not your heart…

This one’s really simple, you just bet on the team you think will win. Most ‘Match Result’ bets are settled on the result after 90 mins (normal time) plus any injury time added by the referee. Cup games are normally classed as ‘drawn’ if extra time is needed to settle the match after the 90 minutes (normal time).

Match result selections are the most common. Putting two of these in one bet slip is known as a double. Having four or more then makes it an accumulator which can bring in big returns, so long as you guess all the results right. Easier said than done!

This is sometimes known as a half-time/full-time betting, you must try to predict the match result in the first half and the second half. In total there are nine outcomes on a ‘double result’ when you include the draw. This bet is one for the bookies, stay away from it! On paper it can look easy to predict, believe me, it’s not ~ mug punters only.

Just predict the score of the match, again it sounds simple but it’s not. It’s another bet the bookmakers’ love… who bets on 2-6? Freak results happen more than you’d think. Having said that if you can spot a team with a consistent pattern of goal scoring you can land some big money.

You bet on the player you think will score the first goal in a game. It’s a tricky bet to land… but can offer long odds, especially if you bet on defenders and midfield players. It’s important to check the papers/internet to find out the team selection before placing this bet. Has the striker been moved into a midfield holding role? Have the defenders been asked to move up for corners?

Personally, I’m not a fan of ‘first scorer’ bets. I think Betfair Bookmakers ‘Anytime Scorer’ offers better value, as it pays out if your player scores anytime during the match. Tote Bookmakers also offer each-way betting on first goalscorer bets, it pays a third of the odds for the first three scorers.

Probably the best value bet in football! It takes a while to get your head around the concept, but it’s worth investing the time. What the Asian Handicap does is remove the chance of a football match being drawn. So a cheeky late goal won’t ruin your bet! I’ve written about Asian Handicaps in more detail here.

If you want big returns for little pennies then the scorecast bet is for you. Notoriously difficult to predict but the fantastic odds on offer tempt most football fans at some point. The scorecast is a mix of two bets, a ‘first scorer’ bet and a ‘correct score’ bet. An example would be; Glen Murray to score first and Man City to win 4-1.

These bets are very hard to get right as all it takes is one lucky shot or deflection and it’s out the window but the returns are good when they do come in! I really should warn you against this bet as it’s another one for the bookies, but I often stick two quid on one at the weekend, so I can’t!

The Over/Under goals bet is a fairly new development in football betting, it works like this: Punters must predict whether a match will have more or fewer than 2.5 goals. I guess the bet should be called ‘Three goals or more’ because that’s what you’re betting on. You can also bet against it happening which would be called ‘Two goals or less’.

Nearly all the big bookmakers now include these bets in their football sections, if you like football betting then Paddy Power Bookmakers is probably your best bet as they have weekly money back specials on football and sometimes they give enhanced odds on specific big matches.